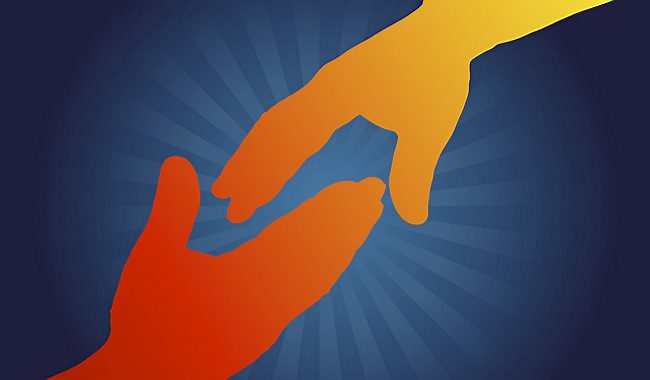 When the Venn Foundation funds access to after-school music classes, medical research at the University of Minnesota, or the Minnesota Children’s Museum’s traveling exhibits, it expects the money back. The St. Paul-based nonprofit lender specializes in making soft and interest-free loans, among other “program-related investments,” or PRIs — below-market financial commitments designed to continue lending to other worthy initiatives as they are disbursed .

This is a different approach from Andrew Dayton’s at the Constellation Fund, where an economist, an appraisal officer, and a research associate have turned direct-service philanthropic giving into analytical science. Working with consultants like the Federal Reserve Bank of Minneapolis, the Constellation team scores grant applicants based on approximately 200 metrics before writing checks to nonprofits for up to $200,000 in poverty alleviation organizations.

“A lot of philanthropy is really rooted in relationships and access to people with resources, honestly people like me,” said Dayton, son of former Minnesota Gov. Mark Dayton, whose family was once best known for department stores like Dayton’s. Marshall fields and target. “And I don’t think I’m the best person to make a decision about how to fight poverty,” he said. “I have never experienced poverty. (Our rating is based) on evidence, the best we have, as opposed to my likes or preferences as a donor.”

The Venn Foundation and the Constellation Fund are two of the most recent philanthropic foundations in the Twin Cities where Minnesotans — including the particularly wealthy — have turned charitable giving into an art form.

Their approaches, heavily oriented toward financial analysis, differ significantly from those of the John and Denise Graves Foundation, a burgeoning Minneapolis-based family foundation that has shown a growing interest in unproven ventures, even if it involves the formation of a new nonprofit organization and the careful selection of its employees.

For at least 20 years, foundations and other large charitable donors have been demanding that nonprofits be run more like businesses, with data-driven strategies that provide a measurable return on investment. The backlash has been felt, with some frontline workers noting that it’s difficult to measure the tangible impact of mentoring youth, erecting public art, feeding the hungry, or coaching the little league.

Even some big donors have found that the philanthropic world has become too risk-averse and uninterested in experimenting with promising but unproven new solutions to old problems.

Others see data-driven analytics as an important lens to help small, emerging nonprofits scale their operations and expand sustainably, much like a startup looking to grow.

In the Twin Cities, three foundations dedicated to fighting poverty and launching new initiatives have taken very different paths down the continuum, each focusing, at least in part, on helping early-stage businesses to scale through vastly different means.

Working out of his garage, John Graves founded a computer software company in the mid-1980s and gradually grew Convey Compliance Systems into a tax compliance software company that gave his family a multimillion-dollar profit when he sold it in 2014. His son, Bill Graves, was then assigned to donate a good chunk of the family fortune to charity, at a rate of up to $3 million a year for 30 years.

What is the best way to direct the approximately $47 million in funds from the John and Denise Graves Foundation? Around 2017, the foundation made its first major donation to a proposed housing development in the Lowry Hill neighborhood of Minneapolis that focused in part on aging youth from foster care.

To open Peris Hill affordable housing development in Minneapolis last year, the Graves Foundation hired a manager specifically for the 45-unit housing project, with the expectation that after two years of fundraising and applying for low-income housing tax credits, the managers would not are no longer on the foundation’s payroll and continue the project independently. Peris Hill now has its own non-profit board of directors.

“We were new to philanthropy and didn’t realize what we were doing was different,” said Bill Graves. “Now we realize that philanthropy most often takes the form of giving grants to already existing organizations that have already done good work.”

Through the foundation’s Graves Ventures unit, Bill Graves wants to counteract this trend and be fully committed to what some call the startup world of nonprofit initiatives, even if it means choosing their employees carefully.

“We were essentially the philanthropic developer,” said Graves, who has worked with Volunteers of America to manage the Peris Hill property. “We have a long-term commitment to funding services for young people in the building. We fund an organization called LINK that provides the services. They’ve been a supporter of (Peris Hill) all along and stayed connected with us.”

“They are of equal interest to us as a foundation,” said Bill Graves.

Among its grantees, the foundation has funded the Minneapolis Educator Leadership Awards, a project with Achieve Twin Cities to recognize outstanding educators, and Close Knit, a nonprofit organization that invests in existing “chosen families” agreements to prevent youth homelessness. Other grants in the areas of housing and community building are by invitation only.

While working in the San Francisco mayor’s office, Dayton became acquainted with a foundation called Tipping Point, which seeks to alleviate poverty in the Bay Area by helping small organizations expand their services. He was so impressed that he decided to start a similar initiative in Minneapolis.

With grants ranging from $75,000 to $200,000, the Constellation Fund has supported more than 25 grantees since its inception in 2018. The goal is to alleviate poverty in the Twin Cities by supporting direct service organizations, but all grantees are offered — and nearly all accept — “Beyond Dollar” benefits beyond a one-off monetary donation.

This includes introducing the grantees to private companies that can provide volunteer hours, consulting, technological assistance, and other expertise.

Even nonprofit applicants who don’t receive funding but undergo a full review walk away with a thorough data-backed assessment of their organization, the kind of report that a private company could pay consultants handsomely for.

“We do a cost-benefit analysis for every organization that we fund,” said Rose Carr, Constellation Fund’s chief impact officer. “We also make these analyzes available to organizations that do not receive funding. They provide us with data, and we want them to leave something useful behind. … We look specifically at the individuals that the organizations serve.”

Through the Constellation Fund, the Ostara Initiative, which oversees the Minnesota Prison Doula Project, was brought together with Piper Sandler, an investment bank and financial services firm, who helped them rethink their business model, from building their workforce base to considering new options for their revenues Revenue.

“Most nonprofits don’t have these kinds of skills in-house,” Dayton said.

Other grantees included the new Dougherty Family College, which offers a two-year associate’s degree at the University of St. Thomas, Lutheran Social Service’s work on youth homelessness, the St. Paul YWCA, and the Family Tree Clinic in Minneapolis.

For over 50 years, major foundations have provided low-interest and zero-interest loans, equity and other forms of investment for unproven orphan drugs, start-up technologies and other risky early-stage initiatives.

Since 2018, Jeff Ochs and two partners have sought to connect individual, socially committed investors to similar opportunities, whether or not they have the capital a larger foundation could lend.

The Venn Foundation, based in St. Paul’s Highland Park, pools funds from philanthropists into about 80 donor-recommended accounts, and counting. The accounts have made 30 program-related investments to date, totaling approximately $16 million in donations. The expectation is that these financial commitments, offered at below-market prices, will be repaid into the funds to support more good works later.

Recipients ranged from a baker opening her first commercial space to helping researchers at the University of Minnesota develop a prognostic test for osteosarcoma, the most common form of bone cancer in children.

“Our whole goal as a public charity is to establish a very powerful but underutilized tool of philanthropy,” Ochs said. “We’re trying to really unleash the power for maximum impact.”

For example, many low-income families don’t use the $1,000 per child Minnesota tax credit to pay for after-school music lessons, tutoring and other classes because they can’t afford to pay the money and until April to waiting for a tax refund.

To better tie eligible families to the tax credit, the Venn Foundation is working with the nonprofit Youthprise to provide low-interest, zero-percent loans to fund out-of-school learning, on the condition that each beneficiary family’s tax credit is automatically granted returned to the foundation.

“We will be donating over $1 million to over 1,000 families statewide through this program this year, and we plan to expand this program,” Ochs said. “It’s an interest-free, royalty-free loan, unsecured, and repayable only through a tax credit.”

Ochs added: “When I’m a philanthropist, I give once and it helps a child for that one year. You have to find a way to keep this going. PRIs recycle dollars that could be used more than once.”

4 Lessons I Learned On My Journey To Financial Independence