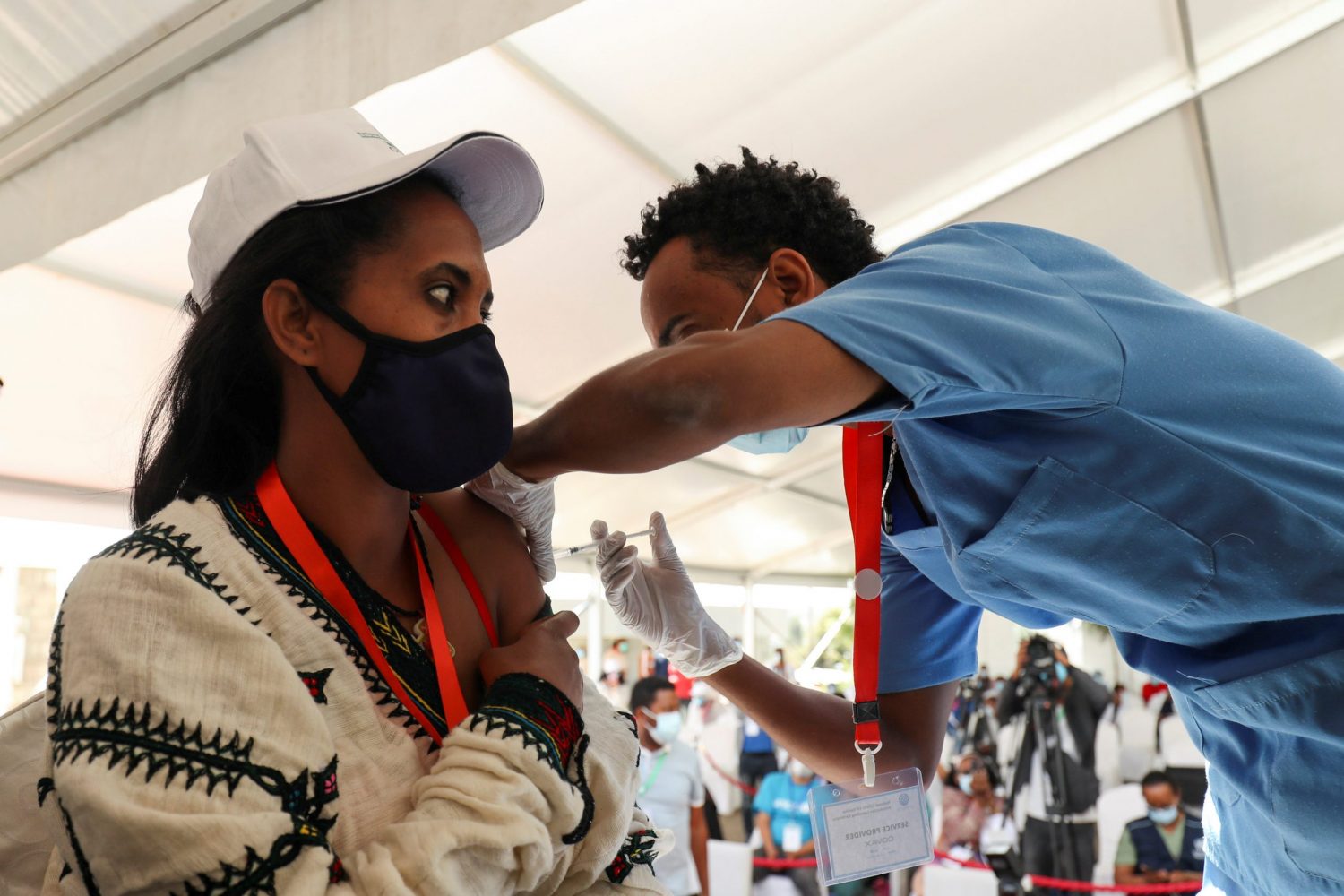 A world of its own: How wealthy nations can strengthen the COVID safety net

A woman will receive the AstraZeneca / Oxford vaccine as part of the COVAX program against coronavirus disease (COVID-19) on March 13, 2021 at Eka Kotebe General Hospital in Addis Ababa, Ethiopia. Photo: Tiksa Negeri / REUTERS.

By providing the International Monetary Fund (IMF) with substantial foreign exchange reserves to its 190 member countries, the international community has made important strides in combating the effects of COVID-19. But much more is needed to support low-income countries that continue to be weighed down by the economic and human costs of the pandemic.

This month, senior government officials, gathered virtually under the auspices of the IMF and the World Bank, approved the IMF’s issuance of $ 650 billion in Special Drawing Rights (SDRs), a currency reserve convertible into hard currency. In addition, the governments of the Group of Twenty (G20) have agreed to extend a moratorium on debt servicing of the poorest countries on loans from G20 lenders until the end of this year. This moratorium has already released $ 5.7 billion for 43 countries since it came into effect a year ago, with a further $ 7.3 billion possible by the end of June, according to World Bank President David Malpass.

However, these measures will not be enough. Low-income countries were hit by the same recession as developed and emerging markets in 2020, but the IMF predicts their recovery will be much slower. The tens of millions of people in low-income countries who have fallen back into extreme poverty as a result of the pandemic have little hope of recovery in the coming year. There is a need for further action in several areas:

These intertwined problems, if not addressed, could result in a long delay in the resumption of growth in developing countries at levels that could offset the human impact of the crisis, meaning that the debt burden will increase. The IMF has offered a better economic outlook for 2021 than many would have expected a year ago, with global growth now expected to reach 6 percent this year, largely due to a resurgent US economy. However, the Fund warned strongly that if the pandemic persists, the debt of emerging market countries could become a serious liability. “The future poses enormous challenges,” wrote the IMF’s chief economist, Gita Gopinath. “The pandemic is not yet over and virus cases are increasing in many countries. The recoveries also diverge dangerously between and within the countries. “

The agreement to issue SDRs can help, although there are still many bureaucratic obstacles. This summer, the IMF will provide the equivalent of around $ 21 billion in SDR to low-income countries as reserves – a total allocation of $ 650 billion, which corresponds to their weight in the global economy. But the assets will not be immediately available as currency. First, the members of the fund must agree on the procedures for each country to use its allocations by converting them into other currencies. Second, members need to agree on how wealthier countries can redistribute their own SDR allocations to low-income countries. In the absence of significant bilateral aid from rich countries – either grant aid or soft loans – the transfer of SDRs could be crucial in helping low-income countries respond to the pandemic. US Treasury Secretary Janet Yellen said the United States looks forward to discussing ways to use SDRs to support low-income countries.

Debt rescheduling remains another serious hurdle. Three African countries – Chad, Ethiopia and Zambia – have requested to restructure their debt burdens under a Common Debt Management Framework agreed by the G20 last year, and more countries are expected to follow suit. However, this process was stalled by procedural issues such as the composition of creditors’ committees that would negotiate with the debtor’s governments. The governments involved in the negotiations on the Common Framework are still unsure how much money and influence China – the largest bilateral creditor of low-income countries with hundreds of billions of dollars in credit – is willing to commit to restructuring.

The role of private lenders also varies, ranging from Eurobond holders in Ethiopia, Zambia and other countries to the commodity trading and mining giant Glencore, which holds the largest single share of Chad’s debt. Private sector lenders have declined to join the G20 debt servicing moratorium in the absence of country-specific negotiations and their role in debt restructuring remains unclear.

While the role of the private sector was mentioned several times in the communiqués of G20 finance ministers and the IMF earlier this month, there was little evidence at the meetings that governments were willing to crack down on financiers. However, officials have suggested that private sector participation in the Common Framework will be an integral and inevitable part of the overall G20 strategy for dealing with debt crises. It is probably only a matter of time before the official sector puts in the necessary carrots (and whips) to involve a recalcitrant private sector in the restructuring process. Over the past year, senior officials have spoken of requiring private bondholders to participate in any government debt restructuring. Private sector concerns about the Common Framework forcing them to disclose proprietary information have also been ignored because officials believe that greater transparency on all debts of low-income countries can best serve the public and private interests Officials are willing to be flexible about how certain categories of debt information are published publicly.

Finally, there is the subject of “vaccination, vaccination, vaccination”, as the Swedish Finance Minister Magdalena Andersson explained during an IMF press conference. Only a tiny percentage of COVID vaccines have been made available to developing countries to date. Tools to fight the pandemic for low-income countries, including the COVAX Vaccine Delivery Facility, are facing a $ 19 billion funding deficit, even after the Biden government, World Bank and other donors $ 14.1 billion Have deposited US dollars. India’s commitment to deliver millions of vaccinations to other countries has stalled as it struggles with a severe virus resurgence, and questions have arisen about the effectiveness of Chinese Sinovac vaccine, which is being sent to countries from Indonesia via Turkey all the way to Brazil. It is estimated that dozens of countries in the Global South will not receive adequate supplies of vaccines by 2023.

While the IMF has made important strides in finding ways to help low-income countries during the pandemic, many others – particularly creditor governments and private lenders – have failed to respond appropriately. That means developing countries are facing a deepening crisis as some countries are starting to gain the upper hand against COVID-19. These diverging fates do not bode well for global recovery.

Jeremy Mark is a Senior Fellow at the Atlantic Council’s Geoeconomics Center. He previously worked for the IMF and the Asian Wall Street Journal. Follow him on Twitter @ JedMark888.

Vasuki Shastry, formerly with the IMF, the Monetary Authority of Singapore and the Standard Chartered Bank, is the author of the book Did Asia lose it? Dynamic past, turbulent future. Follow him on Twitter @vshastry.

Lowered rates for most of the loans