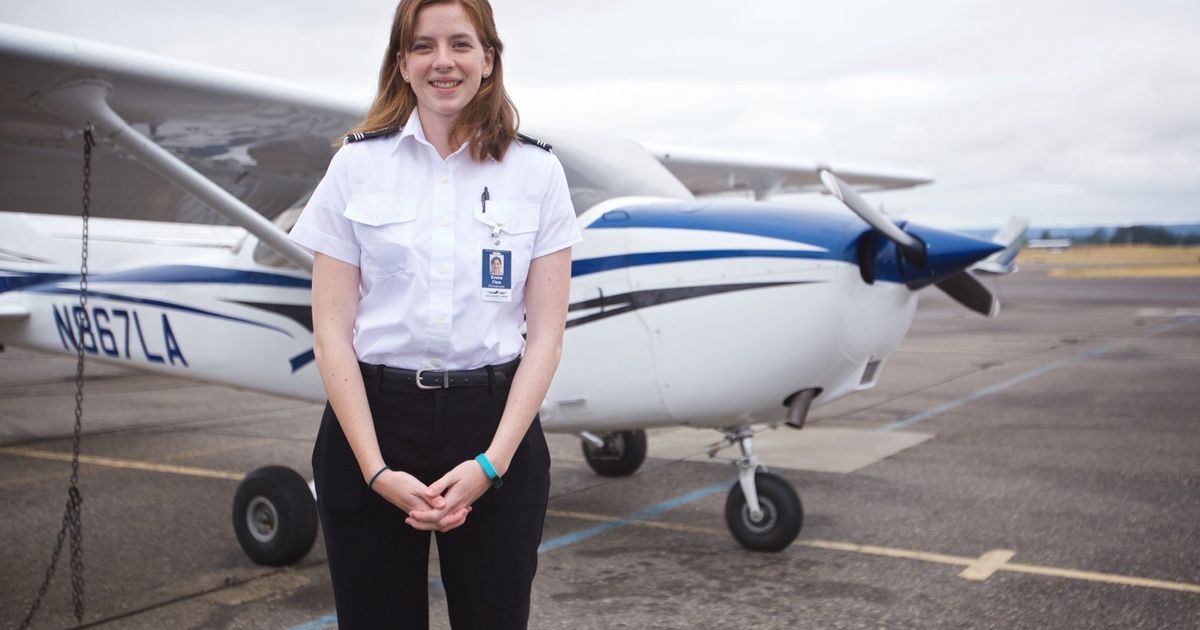 Alaska Air is willing to spend millions of dollars to help students attend a flight school in Oregon, get their commercial pilot licenses, and then let them fly planes for Horizon Air, their regional airline.

The Seattle-based company is partnering with Hillsboro Aero Academy to launch the flight school program, which will offer training in either Hillsboro or Redmond, Oregon. The airline offers low-interest flight debt loans, pays the cost of a commercial pilot license, and hires new pilots upon completion of the program.

It’s the latest attempt by an airline to shore up its hiring pipeline as airlines across the country try to cope with serious pilot shortages that have led to delays, cancellations and higher airline ticket prices.

Other airlines have also recently opened their own flight academies to attract candidates who might not otherwise have pursued piloting careers.

Scott Keyes, the Portland-based founder of travel discount site Scott’s Cheap Flights, said airlines have not been able to keep up with increasing travel demand, in large part due to pilot shortages. That shortage was already there before the pandemic, but airlines made matters worse by offering early retirement packages to pilots early in the pandemic to cut costs.

A report by consulting firm Oliver Wyman estimates that the US will be short of 12,000 pilots by the end of 2023.

“When airlines responded to the onset of the pandemic by truly freezing their hiring and not proceeding with their ramp-up plans as they had, it seemed like a prudent decision,” Keyes said. “But now that travel is picking up much faster than expected, airlines have been pretty much caught on the wrong foot.”

To fill the gap, major airlines are hiring pilots outside of regional airlines. About 80% of the pilots hired by major airlines in 2022 are expected to come from regional carriers, said Carlos Zendejas, vice president of flight operations at Horizon Air.

That could pressure regional airlines, Keyes said, and result in more cuts in air travel to smaller destinations, leaving people in places like Medford and Eugene with fewer options to fly.

Students with little to no flying experience who enroll at the new Ascend Pilot Academy in Hillsboro or Redmond will have access to low-interest loans to help pay for the training program, a $25,000 stipend to cover the cost of earning a commercial pilot license and a conditional job offer from Horizon Air, pending completion of the program.

The total cost of attending Ascend Pilot Academy and earning a commercial pilot license will range from $65,000 to $80,000, Zendejas said. He said the airlines hope the bursary and soft loans will be enough to attract potential students who previously viewed a career as a pilot as unaffordable.

“What we’re seeing with Horizon is a lot of pilot attrition, so we’re in the process of replenishing that,” Zendejas said. “We have established a few programs including our pilot development program which is a partnership with established flight schools and universities but this academy program will provide us with another source of pilots so that we can look forward to more of our pilots coming out of our pipelines.”

Applications for places in the new flight academy are now open and airlines are hoping the first cohort of prospective pilots will begin training on April 1. Zendejas said they hope 250 new pilots will graduate from the academy each year.

“We’re out there to market the profession, we give the blueprints for how to do it, we provide financial grants,” Zendejas said. “We are working to bring it to a much broader group.”

But Matt Barton, a partner at Flight Path Economics, said opening new flight academies will not prevent the pilot shortage from dragging on for years.

That’s because of the time it takes aspiring pilots to earn the certification required to work for commercial airlines. Federal regulations require commercial pilots to complete 1,500 flight hours before earning their certification, a rule regional airlines have been pushing to change. Barton said that after flying school, many pilots would work as flight instructors to get those hours. It may take another two years for some to complete their lessons.

That time lag could make it harder for the industry to cope with pilot shortages as travel demand returns to pre-pandemic levels, Barton said.