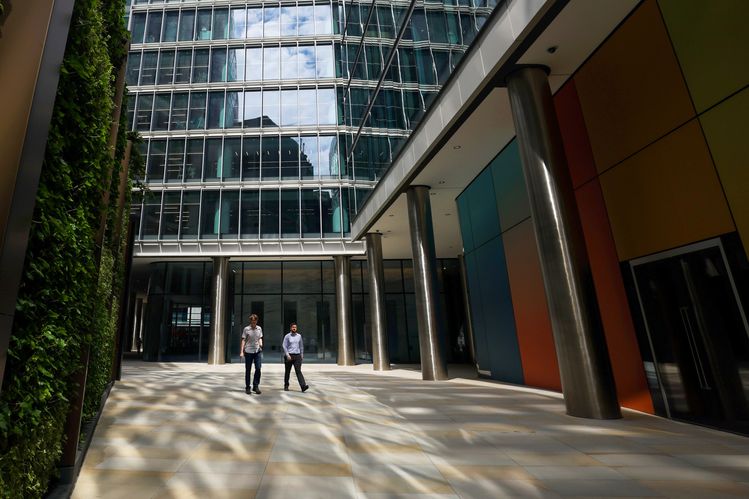 Almost 30% of retailers are back in the office full-time, says Deutsche Bank

Nearly 30% of sales and commerce workers now work full-time in the office – a 12 percentage point increase from last month as Wall Street and the city’s banks lifted their pandemic home working arrangements.

When Deutsche Bank analysts surveyed 600 market experts in October, 29% said they are now back in the office five days a week, making a full desk week the most common work pattern.

That is an increase of 18% in September and means an increase in the number of employees on the stock exchanges by over 60% as the desks filled up after the summer.

More than half of those surveyed by the German lender have returned at least three days a week, while 17% now work entirely from home, up from 25% in September and 40% at the same time in 2020.

Investment bank traders have returned to the office faster than any other group since governments eased Covid-19 restrictions last summer. At Goldman Sachs, around 60% of its UK employees come every day, while that number has grown to around 50% at JPMorgan in London.

According to German analysts, in September 2020 over 50% of dealers were working entirely remotely.

In the city, retailers from banks such as Barclays, Goldman Sachs and HSBC have been asked to come to the office at least four days a week since September. FN has called. However, with some hybrid options still available, most have chosen to work from home on Fridays, the morning after a traditionally humid night among the city vendors.

To contact the author of this story with feedback or news, email Paul Clarke

4 working conditions to attract and retain your top employees

As the Democrats cut the spending bill, some Americans fear they will be left behind