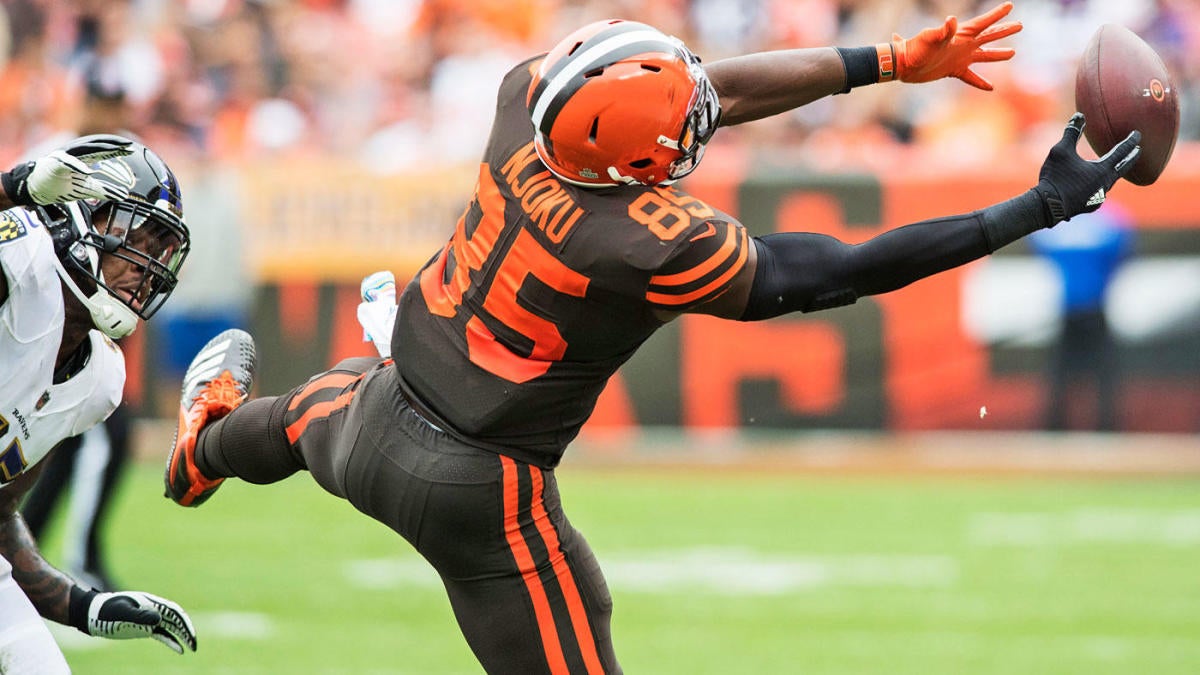 Browns and David Njoku agree to four-year contract extension worth up to $56.75 million

Tight end David Njoku was looking for a big payday with the Cleveland Browns and on Friday the two sides worked out a deal to make it happen. The 2017 first-round pick has signed a four-year deal worth up to $56.75 million, CBS Sports NFL insider Jonathan Jones has confirmed.

Njoku is reportedly guaranteed $28 million upon signing. The deal nets the 25-year-old $14.1875 million a year, making him the fourth-highest-paid tight end in the league. The Browns placed the franchise tag on Njoku back in March and worked to lock him down long-term.

Njoku had been absent from OTAs while waiting for a deal. When the team signed Jadeveon Clowney, Njoku posted on his Instagram Story “guess it’s my turn…” and suggested he’d like to be the next player to work out a contract and he didn’t have to wait too long.

This year, Njoku not only gets a new contract, but also a new quarterback. During the offseason, the Browns traded quarterback Deshaun Watson from the Houston Texans.

Watson could face an extended ban this season following sexual assault allegations. The team was rumored to be trying to trade quarterback Baker Mayfield, but the trade talks have come to nothing.

Pre-approval wasn’t my first step when buying a home: Here’s why