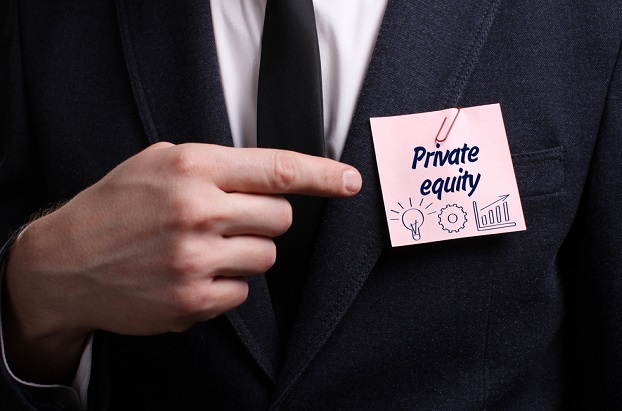 (Bloomberg) – Nicole Musicco had a bold pitch: Cut out the giants of private equity and do the work yourself. Musicco, 47, landed one of the biggest jobs in investing this week, becoming chief investment officer of the $500 billion fund -dollar California public employee pension system.

Musicco, who spent more than 16 years with the Ontario Teachers’ Pension Plan and a year with the Investment Management Corporation of Ontario before joining RedBird Capital Partners, will come to California at a pivotal moment. The fund is making dramatic changes including increased investment in private markets and using borrowed money to enhance performance.

Her appointment and private equity plans herald a major shift in how the nation’s largest state pension plan, plagued by staff turnover and political infighting, meets its obligations to millions of California workers. It could also mean billions less flowing to Wall Street.

In their interview with the board, Musicco outlined a vision for a team within Calpers that would acquire stakes in private companies, according to people familiar with the matter. The change would mean more control and lower fees for companies like Blackstone Inc. or Carlyle Group Inc. This is a common arrangement in their home country of Canada, but not in the United States

An industry veteran north of the border, Musicco has long had a focus on private equity. But she faced opposition from some board members during the hiring process, said the source, who asked not to be named because the talks were private. Eventually, concerns that she lacked the experience in managing a pool of money as large and sprawling as Calper’s were brushed aside by supporters who believed Musicco could bolster the organization’s private equity efforts.

“The Board as a whole supports the hiring of Nicole and we are pleased that she is joining Calpers,” Calpers CEO Theresa Taylor said in a statement, without providing further details on the hiring process.

But she faces a tricky task of winning over diverse factions in retirement while working without the freedom typical of Canada’s public systems.

“I’m not sure Calpers is ready for Nicole Musicco,” said Claude Lamoureux, who was Ontario Teachers’ chief executive officer for 17 years. “She will do a great job, I have no doubt about that.”

Canadian pensions have other advantages over their American counterparts. They can more easily attract dealmaking talent without the same stretched budgets and salary caps, and many of them don’t enjoy the same publicity as US pension funds.

The Calpers CIO seat has been vacant since August 2020. During an initial search, the board could not agree on whether to select an investment director best suited as a manager or as an investor.

Among the top candidates were Commonfund CEO and chief investment officer Mark Anson, sources said. He is also a former CIO of Calpers. Amid the disagreements, Calpers paused a search led by consultant Korn Ferry and later resumed it with recruitment firm Dore Partnership.

Speakers for Korn Ferry, Dore Partnership and Commonfund did not respond to requests for comment.

“Certainly there are challenges in this role, but we believe Nicole is up to the task,” Calper’s rep Joe DeAnda said in an emailed statement.

Calpers turned down a request for an interview with Musicco after announcing their date on Tuesday. She begins March 28 and will report to CEO Marcie Frost.

“I ‘grew up’ in the defined benefit pension industry and witnessed firsthand with my family and in my community the importance and impact that defined pensions have on individuals and the economy,” Musicco wrote in a LinkedIn post about her new position .

Calpers is unprecedented in sheer size and complexity: It is governed by an often contentious 13-member board, some elected and often venturing out their differences publicly. It has more than 2,800 employees and a budget of $1.9 billion.

Yields have lagged the annuity’s 20-year benchmark and until recently lagged behind the 5-, 3- and 1-year measures. Calpers ended fiscal 2021 with just about 80% of the funds needed to pay off its long-term debt. (That’s an improvement of almost 10 percentage points from the previous fiscal year.)

To boost earnings, Calpers, like other large pension funds, is moving deeper into private equity. Last year it passed plans to increase such investments from 8% of wealth to 13% and added a 5% allocation to private debt.

Some Calpers officials have expressed concern that private equity investments are riskier and more expensive than other asset classes. Buyout firms typically charge around 2% of assets under management and 20% of earnings, and require investors to hold funds for long periods of time.

Calpers, one of the first public pension funds to move into private equity, noted that its returns in the asset class have lagged peers over time as more investors flocked to buyout funds in search of higher returns.

Ted Eliopoulos began a plan to reduce the number of managers during his tenure as CIO from 2014 to 2018 in hopes of gaining more bargaining power in negotiating fees and terms. He also unveiled plans to create Warren Buffett-style vehicles that would hold companies for the long term and discussed the possibility of outsourcing the private equity business to BlackRock Inc.

Those ideas fizzled out when his successor, Ben Meng, took over. Under Meng, Calpers expanded co-investments, which are typically deals made with funds that help lower fees.

While at Ontario Teachers’, Musicco relocated to Atlanta when the fund reached an agreement to purchase travel technology company Worldspan. She was there for several months to work with the company’s president. According to Jim Leech, who at the time was head of the inn’s private equity practice and later became its CEO, this helped the executive turn around a memorably successful business.

“I’m not sure if they have the guts to go as far as the Canadian model, but she will undoubtedly push them in that direction,” Leech said. Founded in 1990, Ontario Teachers’ has approximately C$228 billion ($179 billion) in assets and is fully funded.

In recent years, Calpers has faced turbulence in his senior ranks. Meng, Musicco’s predecessor, abruptly left the company in August 2020. Calpers noted that he approved an investment in a Blackstone-managed private equity fund while also holding Blackstone stock. Meng said he disclosed all of his financial holdings to Calpers. No evidence has surfaced that he made any investment decisions to increase personal stock ownership.

One trauma that continues to haunt many Calpers employees is a pay-to-play scandal in the eyes. In 2016, Federico Buenrostro, former CEO of Calpers, was sentenced to four and a half years in prison for wiring $14 million in fees to a former board member in exchange for bribes and gifts.

“People were worried that they wouldn’t be able to find someone good enough” to fill the CIO position, said Ashby Monk, executive director of the Stanford Research Initiative on Long-Term Investing. He added that it could take some time for Musicco to adjust to the Calpers environment.

“She has to really understand the organization before she understands the portfolio,” he said.

Copyright 2022 Bloomberg. All rights reserved. This material may not be published, broadcast, transcribed or redistributed.