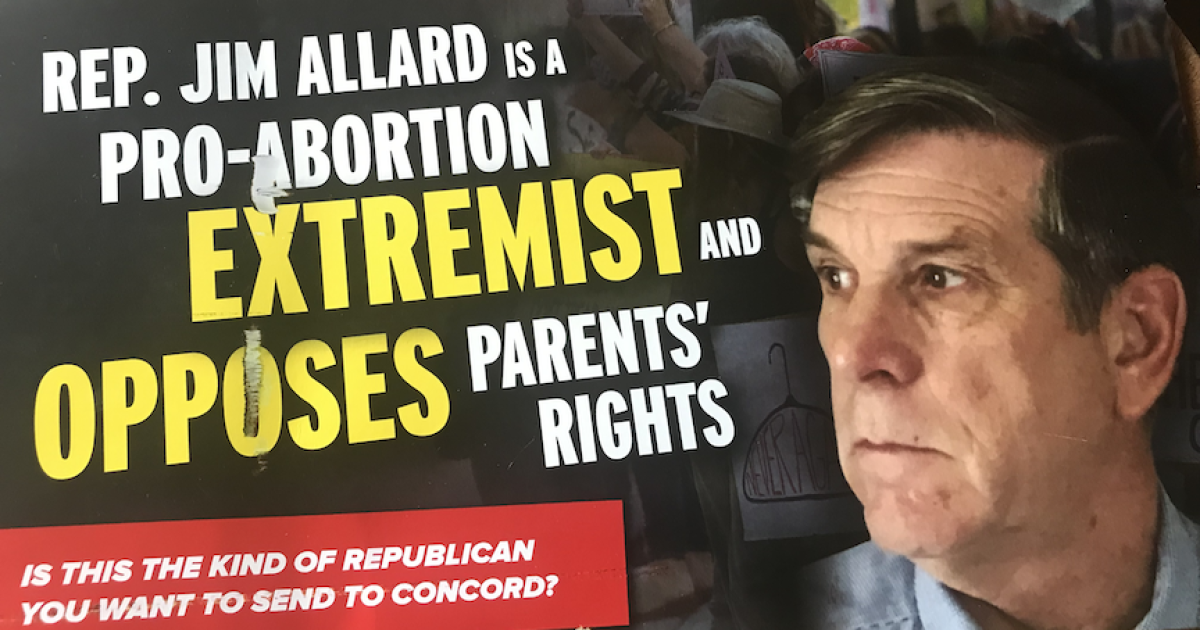 Brodie Deshaies saw unions give his family members a voice and help them negotiate a fair labor contract. When he was elected to represent Wolfeboro in the New Hampshire House of Representatives, he knew he would vote against right-to-work legislation, a constant attempt to prevent private-sector unions from demanding dues from non-union members. For Deshaies, this no is also consistent with his Republican free-market values: the government should not interfere in private-sector contracts.

There have been at least 30 attempts to pass a right-to-work law in New Hampshire, none of which have been successful. Even with a 50-seat Republican majority in 2017, the measure fell through as 32 party members voted with the Democrats. 2021 was the bill deselected with 24 votes. Proponents have argued that more businesses would come to New Hampshire if their workers were not forced to pay union dues. Opponents have countered with predictions that weaker unions would cost workers the protections they needed.

But the libertarian conservative group Americans for Prosperity, founded in 2004 by conservative billionaires David and Charles Koch, disagrees. The organization wants New Hampshire to become a right to work and has spent over $1 million over the past two years promoting candidates who share that view. Both Americans for Prosperity and the Republicans it toppled agree: they are succeeding.

Of the 21 Republicans who voted against the right to work in 2021, fewer than half have a chance of returning to the State House. Eight chose not to run again and four were defeated in the primary, including Deshaies, who credits his defeat to Americans for Prosperity’s involvement. He believes that external money in campaigns could further shape the state’s stance on the right to work in the future.

“There are many outside groups – and that goes for both parties – that recognize the cheapness of buying a seat,” he said. “I use that term very directly: to buy a seat in the state legislature. And they realize how effective it can be to change state policy.”

With a dwindling percentage of the Republican faction opposed to right-to-work legislation, this session could lead to a different outcome. Gov. Chris Sununu, a right to work advocate, wouldn’t get in the way. And lawmakers are poised to take up the issue in 2023 as interim legislation to reintroduce the bill moves ahead.

In an article for the Guardian, three university professors wrote Americans for Prosperity’s focus on “anti-union legislation” is consistent both with free-market libertarian ideology and with a conservative power-building strategy. “AFP recognizes that in order for the Koch network to bring about lasting change in U.S. policy, it would need to permanently weaken the organizations that support liberal candidates and causes — and most importantly, the labor movement,” they wrote in 2018.

Americans for Prosperity spent $6,750.45 to support Deshaie’s opponent Katy Peternel, according to campaign finance data. Her successful run for the Republican nomination was aided by thousands of dollars in paid advertising and eight mailers, according to the filings. Peternel also raised $7,934.03. That’s $14,684.48 between what Peternel raised and what AFP independently spent in support of her campaign. There is no search facility on the Secretary of State’s campaign finance website that shows whether other groups have also independently supported Peternel. Deshaies surpassed her with $24,652.92 but still lost.

He wasn’t the only anti-right-to-work Republican to lose his primary to an Americans for Prosperity-backed candidate.

“Certainly my stance on the right to work put Americans for Prosperity after me,” said Rep. Dennis Acton, a Fremont Republican. “I’m being absolutely bombed right now,” he said ahead of the primary.

He lost to Emily Phillips, who was backed by Americans for Prosperity. The organization said it spent $6,399 on mailers, paid canvassing, and digital ads to support them.

“This is unbeatable,” said Acton. He had not submitted his campaign spending to the Secretary of State at the time of publication, but said he had raised about $2,250, enough for a limited mailing to 750 households.

Some Republicans say these efforts not only reduce Republican opposition to the right to work, but also transform their party’s identity.

“The Republicans used to be the Labor Party,” said Rep. John Klose, an Epsom Republican who voted against the right to work last year. “Things have changed.”

Klose lost his area code to Dan McGuire, who was endorsed by Americans for Prosperity.

Rep. Jim Allard, a Pittsfield Republican who opposed work rights and was also ousted in the primary, believes outside money is pushing the party further to the right. Allard was targeted by an anti-abortion group, Cornerstone Action, which paid for negative mailers against him.

“Assuming the current majority is maintained, I think we’re going to see more and more radical legislation,” said Allard, who sees these efforts as a result of what happened to the libertarian free state movement. “The number of Free Staters occupying seats in the House of Representatives has steadily increased, and it is now a significant bloc that can both make legislation and pass or thwart legislation.”

“If you look at how many other very experienced lawmakers chose not to run this time, it just opened the floodgates for more radical views,” Allard said.

Replacing moderate Republicans with those further to the right would affect other political struggles as well.

Allard had supported an exemption from the state’s 24-week abortion ban, while Acton campaigned for state spending and mental health and addiction programs as well more government action to combat climate change. Both were defeated in the primary. Allard blamed campaign spenders for sponsoring negative mailers targeting him. He wasn’t exactly sure who footed the bill, and campaign funding is difficult to trace.

Americans for Prosperity State Director Greg Moore said the organization did not pay for negative mail.

“We are willing to try any idea that will help us achieve our policy goals,” Moore said. “We felt that candidates and elected officials were more responsive to the prospect of confirmation – and they are. It works.”

While Americans for Prosperity has had a presence in New Hampshire since 2010, the organization only began supporting candidates and spending money on campaigns in 2020. Previously, according to Moore, the organization endorsed guidelines and not candidates.

“Our mind is, ‘Okay, what does it take to elect this person?'” Moore said. “So the amount we’re investing is what we think we need to spend to be successful.”

According to Moore, 21 of the 25 candidates supported by Americans for Prosperity won their primary. Moore said the organization doesn’t believe the right to work is anti-union, but instead makes unions more representative by forcing them to recruit members.

According to Moore, 27 states have right-to-work laws. Five have passed legislation on the right to work since 2004.

Retirees snag bonuses this Christmas – do you need to claim them? | Personal Finance | finance