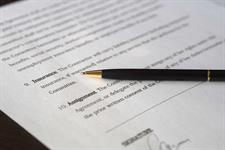 Charity defends £ 1.6million contracts awarded to companies whose president is a longtime trustee

The charity MSI Reproductive Choices has defended the award of nearly Â£ 1.6 million contracts to a company whose president is also one of its trustees.

Philip Harvey, who has been the charity’s trustee since 1992, is also President of DKT International, a company he founded in 1989.

The company describes itself as a nonprofit â€œharnessing the power of social marketing in some of the largest countries with the greatest need for family planning, HIV / AIDS prevention and safe abortionâ€.

MSI’s latest 2020 accounts show that the DKT group of companies was “party to several agreements” with the charity.

The accounts show that the charity DKT provided services worth $ 1.1 million.

The charity said trustees were not involved in sourcing goods and services.

An MSI spokesperson said, â€œWe have a clear and solid conflict of interest policy that applies to all team members, including the executive team and the board of trustees, and our governance structures have been externally audited.

“As two of the largest family planning providers in the world, it is by no means unusual for MSI Reproductive Choices to work with DKT where the work demands it.”

The Charities Commission said it was lawful for trustees to enter into contracts with companies they had an interest in, as long as they comply with the Charity Act and the requirements set out in the charity’s guidance document.

“We expect all trustees to recognize conflicts of interest and adequately manage them and to make decisions in the best interests of their charity,” said a spokesman for the commission.

The charity, which changed its name from Marie Stopes International last year, had previously been criticized by the Charities Commission for not properly recording the discussions that led to Cooke receiving such a large salary package in 2018.

The charity said, “Part of our CEO’s salary depends on achieving certain goals and while the MSI teams have been remarkably good at continuing their service throughout the pandemic, we have not met our overall growth targets, which affects his Remuneration. “

Total spending decreased by Â£ 13 million to Â£ 288 million and spending on charitable activities decreased by a similar amount to Â£ 286 million.

The charity paid out Â£ 444,000 in layoffs and severance payments, but said it did not collect data on the number of employees this related as it was not a requirement under the Sorp.

However, it said the layoffs were included as part of a larger number in the accounts, showing the average headcount fell by more than 800 employees, down from 10,300 in 2019.

The charity said, “The eight percent downsizing was due to a number of factors: some related to the end of projects and funding cycles, others to the financial impact of the pandemic and the need to protect to keep the organization sustainable . “