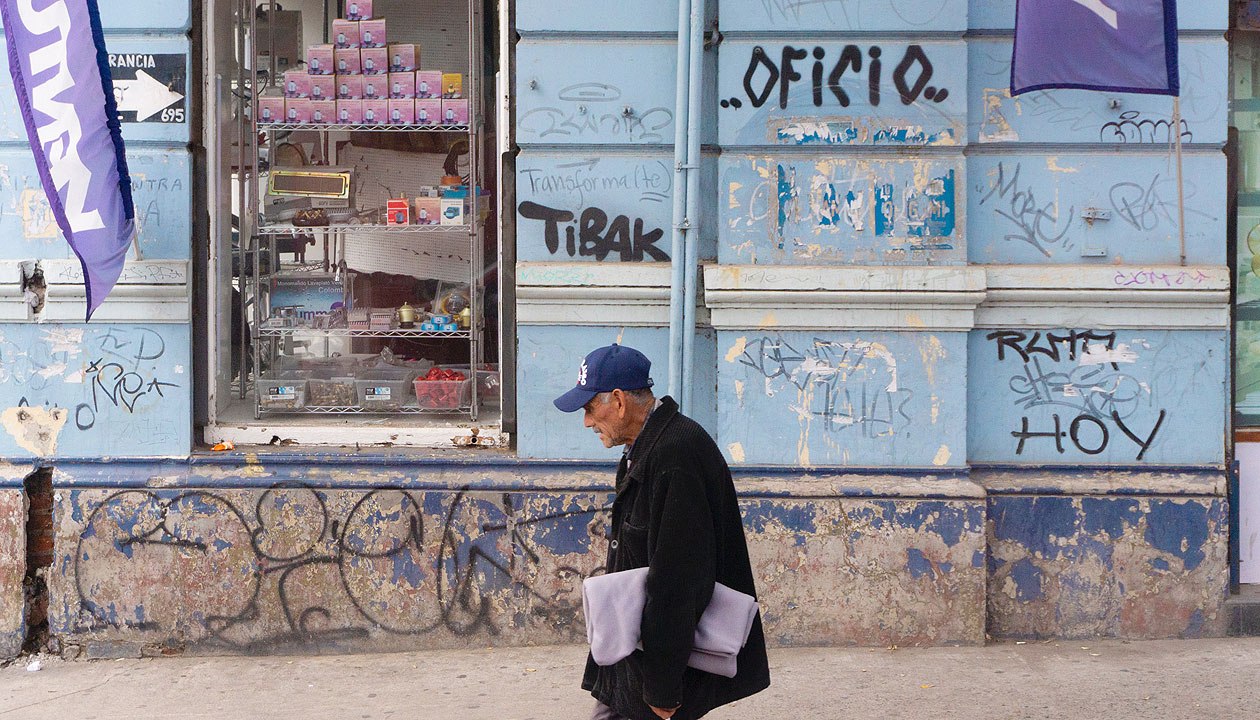 CHILE has embraced neoliberalism more than almost any other nation, with the privatization of pensions in 1980 being a hallmark of its paradigm shift. The World Bank and International Monetary Fund were quick to praise General Augusto Pinochet’s government for the move, which more than two dozen nations copied at least in part. But now, the need for pension reform is one of the few issues on which Chile’s politicians and policymakers, whether right or left, are united. The system simply hasn’t delivered on its promises to retirees and taxpayers. And both as a symbol and as a reality, this failure of a former business star has fueled the growing rejection of neoliberalism and market-oriented approaches in other policy areas.

Chile’s justification for scrapping public pay-as-you-go programs (like Social Security in the US) and sending workers into a privately managed system of individual accounts was twofold: First, due to better management, private funds would grow more and multiply faster, meaning more money for retirement; Second, the change would keep public costs low.

Four decades later, Chile’s system has not worked as promised or expected. The creators assumed that the average worker would save enough to earn 70% of their salary in retirement; the reality was closer to a third. They thought the new system would increase the number of workers with pension funds; Instead, nearly 40% of Chileans have nothing to fall back on. Rather than improving the lives of the elderly in Chile, most retirees are living on less than minimum wage, with women hit harder than men.

The government has not let the private system off the hook financially either. The transition period was always expensive, as the government footed the bill for those retiring publicly without receiving payroll taxes (since those contributions all went into private accounts). But the government has also had to hold back far more retirees from the new system than expected. Officials thought less than 10% of wage earners would rely on public generosity for a minimum pension. Today more than 40% need government intervention.

The Chilean capital markets proved to be the biggest beneficiaries. Pension fund managers invested tens of billions of dollars accumulated in individual accounts in local stocks and bonds, expanding and deepening those markets. This helped national and international investors as well as large companies. For savers, it has done less, at least directly.

Why did Chile’s experiment fail? The low private payments to pensioners partly reflect low contributions. Unlike in the US, Europe and other countries, employers were not required to contribute. That was left to the employees. At 10% of their salary, the inflows are often not enough to retire, even after years of compounding. Small sums in mean small sums out.

Added to this are the years when many workers do not contribute at all. With one in four jobs eliminated in Chile, many workers will not contribute at some or many points in their economically active lives. The self-employed could also choose to join, and many did not. Sporadic contributions also reduced old-age provision.

And particularly in the early years of the program, excessive fees eroded the initial pot that could grow over the workers’ lives. Chile’s pension funds strain cash flows, not assets. Many funds initially took 25 or even 30 pesos per 100 off the top (rather than say 1 peso per year for 25-30 years). Since then, commissions have dropped significantly. Still, many charge 10% or more of the initial payroll as a fee. In contrast, administration fees for US Social Security are less than 2% (partly because there are no marketing costs). With fewer pesos invested and compounded over time, the not-wealthy find it difficult to accumulate enough for a decent pension, even with good returns.

Which brings us to the biggest disadvantage of personal Social Security accounts: They cannot and cannot pool risks across the population. Social security emerged with European trade unions and charities in the 19th centuryth Century in which workers and participants contributed to support their own pensioners. While the poorest or least fortunate among them benefited most from the pooled funds, those who were better off voluntarily paid in more than they got back, in order to be able to rely on these surplus contributions should their wealth deteriorate wealthy in the group. Public social security systems do this at the national level, pooling risk across workers in all sectors and redistributing funds among everyone who has retired (and met the minimum requirements).

Personal accounts, on the other hand, only spread the risk over a specific person’s lifetime. You save during your working years to finance your non-working years. High earners pay more and get more, while minimum-wage earners often cannot save enough to avoid poverty.

Ultimately, privately managed systems can’t help those who need more support in their last years. The pooling of risk across the labor force is more important in more unequal economies and societies, as income disparities are larger and more consequential.

Previous governments in Chile have tried to solve these problems. In 2008, Michelle Bachelet’s government introduced public pensions for those whose savings did not cover a minimum pension and for those outside the private system, expanded to nearly six in ten wage earners. In 2021, President Sebastian Pinera, whose brother was one of the designers of the private system, expanded the public component even further to cover the bottom 80% of retirees.

Chile’s new President and Congress want to go further. President Gabriel Boric will introduce a bill in August to raise the minimum pension from just under $200 to the Chilean minimum wage of around $300 a month and make it available to all retirees. He would effectively end the current private system by making a pay-as-you-go public system the main pillar of Social Security. Personal accounts would be relegated to a 401K-style option for voluntary retirement contributions.

But reforming the pension system is more difficult and expensive today, because the Chileans are quite old: there are just four employees for every pensioner. This ratio is expected to deteriorate in the coming years and will surpass that of the US by 2050. Boric would like employers to contribute as well and increase the amount earmarked for funding retirement. He also proposes specific non-wage taxes to fund pensions and other welfare policies, including new mining licenses and a potential wealth tax.

Pensions have never been amenable to purely private management, since the building blocks of the welfare state are definite public goods. But the system’s failure has resonated beyond retirees trying to make ends meet. Pensions became a key reason for the millions of Chileans who took to the streets in 2019 to protest and spur the formation of a constituent assembly to write a new constitution to be voted on in September.

The best way forward for pensions would be reform that ensures more Chileans have decent pensions. This requires a more robust public system with dedicated resources to sustain it. If lawmakers can achieve this, they can reduce the financial hardship that too many older people in Chile are now facing. And to the benefit of democracy in Chile and its neighbors, they could also restore at least some of the political legitimacy that challenged the old system.