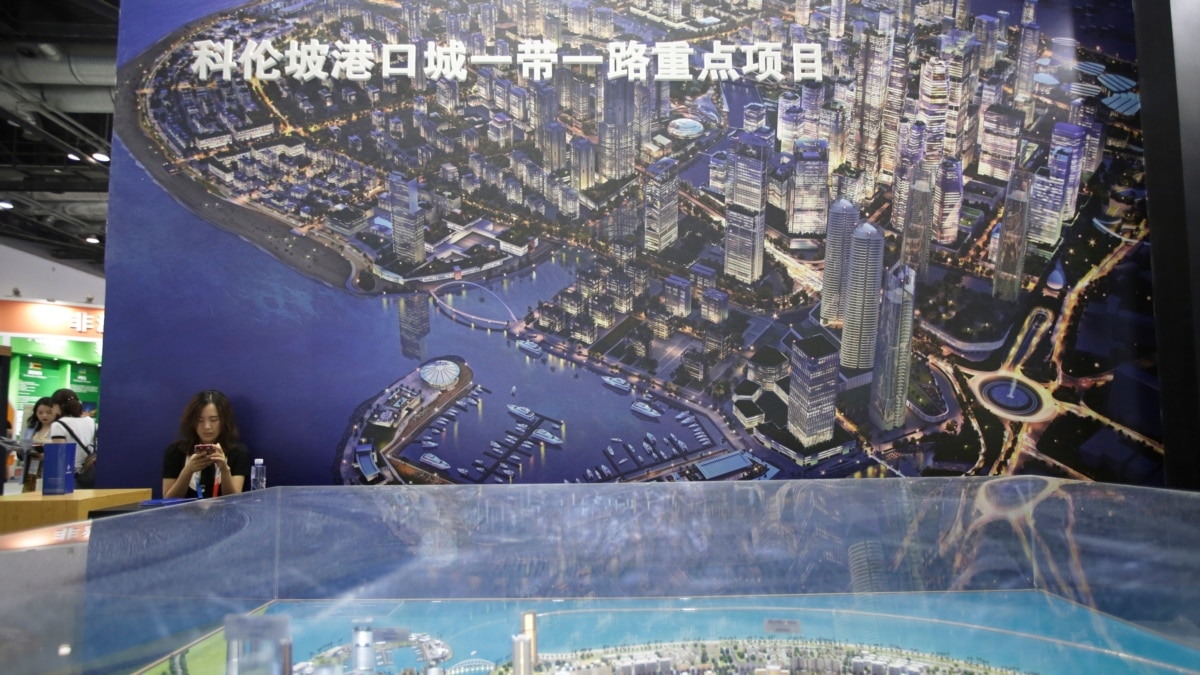 The study by AidData, a research laboratory at the College of William & Mary in Virginia, provides a clearer picture than before of the extent to which China has invested its enormous foreign exchange reserves in loans to developing countries.

Unlike funds made available by many Western governments, these loans are primarily intended to generate profit for China, Parks said.

The Belt and Road Initiative is an important element of President Xi Jinping’s plan to put his country in a leading position at the center of the global economy. Not only is it intended to cement new trade relationships with countries around the world, but also to cement China’s access to natural resources and other raw materials that it does not produce internally, the authors conclude.

Over four years, 135 people connected to AidData sifted through public records around the world to compile documentation on 13,427 Chinese development projects in 165 countries. The researchers reviewed $ 843 billion in Chinese government loans to low-to-middle-income countries (LMICs).

Of the 165 countries to which China has granted development loans since 2000, the study found that 42 today China owes a debt equal to or greater than 10% of gross domestic product.

“A banker, not a benefactor”

Brad Parks, executive director of AidData, said the information showed that Beijing’s approach to funding projects in developing countries reflects a “fundamentally different focus” on the process than, say, countries affiliated with the Organization for Economic Co-operation and Development.

“China is a banker, not a benefactor,” said Parks.

Since 2000, most OECD countries have started providing grants and low-interest loans to developing countries.

And when they lend money, the focus is on promoting economic development in the host country. China, on the other hand, lends loans with the aim of generating an economic return, said Parks.

“The average loan from an OECD creditor has an interest rate of 1%,” said Parks. “The average credit from an official Chinese creditor is over 4%. It’s the same with repayment. The average repayment period is 28 years for the Western powers and less than 10 years for a Chinese loan. “

He added, “China’s state-owned banks are profit-maximizing agents of the state. You are looking for revenue-generating, profitable projects. There may be additional economic development or social assistance for the host countries, but that is not the main motivation. “

In recent years, this pursuit of profit has resulted in many of the countries that originally wanted to borrow from China to be more indebted than they expected.

AidData found that China’s lending practices have changed in the years since China’s “Belt and Road” initiative was launched in 2013. Loans that were once made directly to foreign governments have instead been divided among various state-owned companies, state-owned banks, joint ventures, and other borrowers.

As a result, even the debtor governments often do not understand exactly how much money they owe China. This means that their actual debt load is not accurately reported to other lenders such as the World Bank or global rating agencies.

The authors estimate that the LMICs, where China has done most of its lending, underperform their total debt to China by an average of 5.8% of their GDP.

While China’s development loans are distributed around the world, the greatest concentration by number of projects is in Africa, where 47% of China-funded individual development projects with a loan volume of $ 207 billion are located. Asia accounts for only 26% of the projects numerically, but with 246 billion US dollars the largest share by value.

A number of countries are particularly heavily indebted to China.

According to the study, Laos, Angola, Kyrgyzstan, Djibouti, Suriname, the Maldives, the Congo and Equatorial Guinea all owe more than 30% of GDP to China.

This week, the Chinese Foreign Ministry issued a statement The Wall Street Journal this means in part: “China attaches great importance to the question of the debt sustainability of the countries that are building the ‘belt and the road’ together.”

Parks said his group’s research should defeat the popular idea that China is deliberately setting up “debt traps” for poor countries. The debt trap hypothesis suggests that China is issuing loans that it knows borrowers cannot repay in order to gain diplomatic influence over debtor governments or simply to take possession of large infrastructure projects that have not yet been paid off.

China has shown that it strongly prefers to secure its loans with cash rather than physical infrastructure.

“It was extremely rare for Beijing to collateralize a physical illiquid asset,” said Parks. “They’re more savvy than that. They prefer to back up with cash, fully liquid, tangible assets.”

A common repayment arrangement, Parks said, involves contracts for the supply of a country’s natural resources. At the same time as the loan is granted, Beijing will conclude a parallel agreement on the ongoing purchase of the resources produced by the host country. However, when it receives the resources, Beijing “pays” for them by depositing money into an account it controls and using those funds to collect scheduled loan payments.

BRI is plagued by “buyer loyalty”

The change in lending strategy that China implemented when it announced the Belt and Road Initiative in 2013 appears to have resulted in projects that are less successful than those outside the program.

For example, according to the study, 35% of BRI projects have encountered serious implementation problems, including corruption scandals, labor violations, environmental hazards and public protests. This corresponds to 21% of the non-BRI projects.

BRI projects take 36% longer to implement than non-BRI projects and are more likely to be hosted by host countries due to “corruption and overpricing concerns and major changes in public opinion that make it difficult to maintain close relationships “To be closed with China,” says the report.

The United States and some Western powers have used the dissatisfaction of some BRI borrowers to promote competing initiatives, such as the G-7-sponsored government proposal Biden’s Build Back Better World (B3W) or the recently announced Global Gateway program of the European Union .

Speaking to the United Nations earlier this month, US President Joe Biden appeared to be critical of the BRI, saying: “Infrastructures that are of poor quality or that fuel corruption or exacerbate environmental degradation can only pose greater challenges over time the countries contribute. “

How the combination of widespread dissatisfaction among existing borrowers and new competition from the west will affect BRI is currently unclear, Parks said.

“The judges are unsure whether the repentance dynamics of these buyers, which are making their way in borrowing countries, undermine the long-term sustainability of Belt and Road,” said Parks. “But if Beijing is to continue to support the initiative, it must act quickly and decisively to counter this type of growing discontent among participating Belt and Road countries, and watch its flank as there will soon be a wider choice give the infrastructure finance market. ”