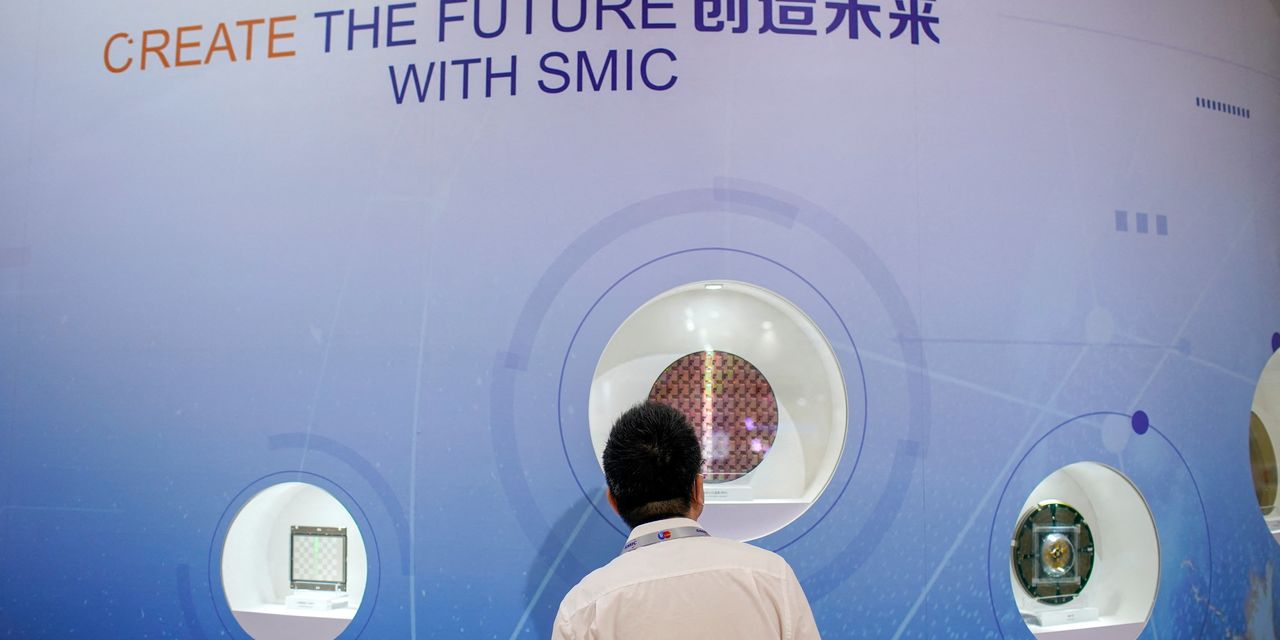 China’s semiconductor giant is basking in profits as companies everywhere run out of chips. The big question now is how to prepare for the lean times ahead. Heavy investments in new capacity are now easily defended, but if chip prices fall in the coming years — especially for more mature technologies — the company could find itself in a more difficult position.

, or SMIC, on Thursday reported record revenue and profit margins for the most recent quarter. Revenue rose 61% year over year in the three months ended December, while net income more than doubled. SMIC, China’s largest foundry — a chipmaker that makes custom chips — has been a particular beneficiary of the semiconductor shortages caused by the pandemic.

or Samsung Electronics, but chips made with its older technologies are in high demand given the current shortages. These low-end chips, used to regulate electricity, for example, may not be the most exciting, but they’re still critical to products ranging from cars to laptops. Such legacy technologies have traditionally not been the focus of investment by major chipmakers, which has helped exacerbate the current shortage.

But now it means boom times for SMIC. Not only are its chip factories running at full speed, the company is also raking in hefty profits. The chipmaker’s gross profit margin hit a record 35% last quarter, compared to 18% a year earlier. SMIC expects its gross margin to be even higher at 36% to 38% this quarter, with revenue rising 15% to 17% from the previous three months.

The question is what will happen after the boom. For one, the Trump administration added SMIC to a list of US companies restricting access to US technology. This makes it virtually impossible to get the most modern equipment needed to manufacture the most advanced chips – for example, extreme ultraviolet lithography systems from the Dutch company ASML.

However, SMIC has still focused on building factories, albeit mostly on more mature nodes. It expects capital expenditures to reach $5 billion this year after spending $4.5 billion last year. The danger is that there could be an oversupply as supply and demand for more mature chip technologies finally settle over the next year or two.

The shortage of chips has given SMIC good years. Unless the current chip shortage lasts longer than expected, it needs to prepare for the lean years ahead.

More women are taking out bank loans after the pandemic