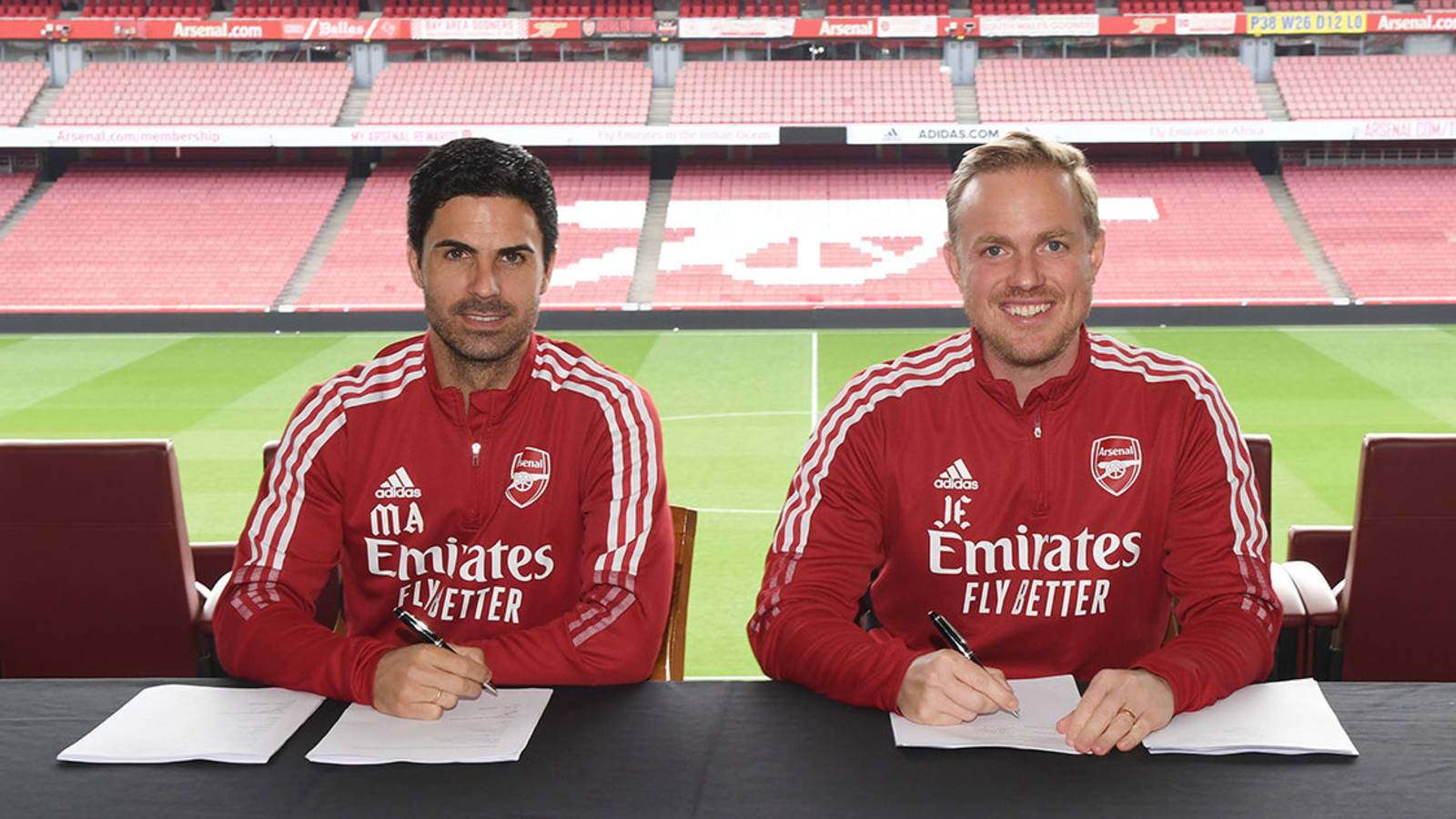 We are delighted to announce that Mikel Arteta and Jonas Eidevall have signed new deals with the club.

We celebrated this moment with a unique double signing at Emirates Stadium.

“I’m excited, grateful and very, very happy today,” said Mikel after signing the extension, which runs until the end of the 2024/25 season.

“When I spoke to Josh he could see the club at the same point and he wanted to take the club the way I wanted it. So everything he said and everything Stan said, when I was with both of them, they always delivered.

“We want to take the club to the next level and really measure ourselves against the top teams. For that we have to play in the Champions League. We need to be able to develop the team, improve our players, improve all departments, connect even more with our fans, improve the atmosphere in the Emirates, be able to attract top talent and the best people to recruit for this club to drive this project to this level.”

Jonas Eidevall has also penned a new deal after an impressive first season in London which saw him battling for the Women’s Super League title until last weekend.

Jonas, who joined us from Swedish club Rosengard last summer, has signed a contract until the end of the 2023/24 season.

“It’s great,” he said. “It allows me to continue working for a club that I love so much and to be around people I really, really like and to be able to achieve things together, so I’m really looking forward to it .”

Josh Kroenke, speaking on behalf of our owners Kroenke, Sports & Entertainment, said: “My father and I are delighted to have renewed Mikel and Jonas’ contracts. It gives stability and clarity for the future and helps us all move forward effectively together.

“Mikel’s commitment and passion are visible to everyone. We’re confident that as we progress he’ll make us fight for the best trophies in the game again.

“We turn to Jonas: he has had a fantastic start to his career in England. He did a great job with the team and we were fighting for the title last weekend. We are confident that he will continue to advance us in the years to come.”

The two signed their contracts together in the directors’ box overlooking the pitch at Emirates Stadium, in the presence of Chief Executive Vinai Venkatesham’s Technical Director Edu Gaspar and Head of Women’s Football Clare Wheatley.

“I think the timing is perfect,” Edu said. “I really think the message will be a great encouragement to everyone. To the fans, to the club, to the players, to Mikel.

“It’s important to show everyone where we want to go as a club. We have another big summer ahead of us and it is important to have our manager here.”

Vinai added: “The ambition of this football club is simple and it comes from the owners. This football club has to fight for the biggest trophies in the game, in Europe and in England, both men’s and women’s. That’s what we want to achieve, we know we’re not there yet, but we’re moving towards that goal. I hope everyone can see the progress we are making towards this goal.

“Today is a really, really important day because here Mikel and Jonas recommit themselves to us, to Arsenal, to the project and to the journey.

“There’s still a long way to go and a lot of hard work ahead of us, but we’re confident that in Mikel and Jonas we have the right people in the teams around them who can help us get there to get.”

Click here for our exclusive interviews with Mikel Arteta and Jonas Eidevall.

Copyright 2022 The Arsenal Football Club plc. Permission to use quotations from this article is granted on condition that appropriate credit is given to www.arsenal.com as the source.