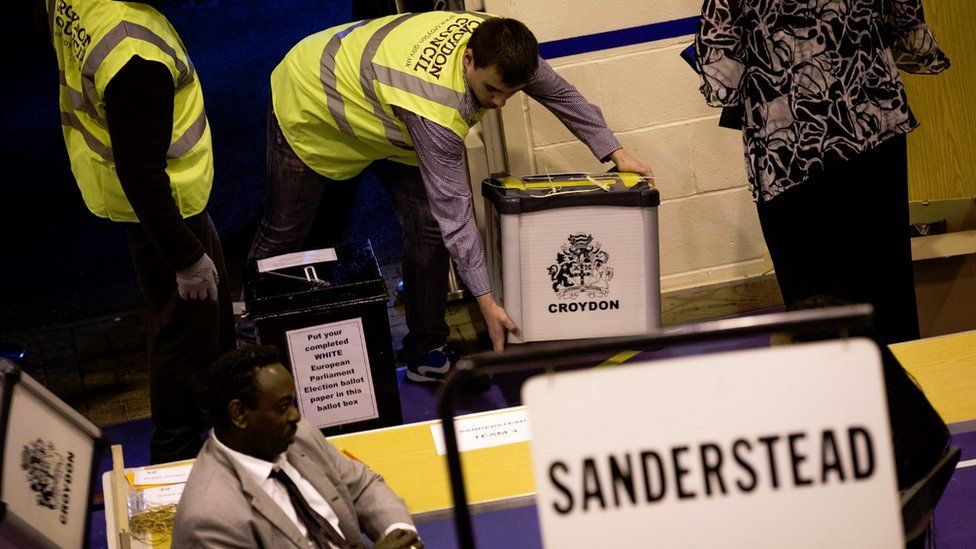 WE HAVE NEW FOR YOU: In our final edition of our annual review of the most eye-catching stories in 2021, we hit the season of missed opportunity and low fertility for Croydon Labor with an all-out defeat in the mayor’s referendum as well as the recent scandals resulting from the Council’s financial crisis

Croydon counting: Even with a relatively low turnout, the referendum count was a junk

After all the talk of “fat cat mayors,” of proposals that could deliberately break electoral spending laws, and the gagging of councilors and party members, the Labor leadership was led by Steve Reed and Croydon in the district mayoral referendum earlier this month.

Some of her colleagues had argued, for good reason, that arguing for running the bankrupt council the same way they would argue under the discredited Tony Newman was not a good idea.

Labor council leaders at City Hall – such as Sean “No Scrutiny” Fitzsimons, Stuart “Newman’s henchman” Collins and Hamida “Apologetic” Ali, the council chairmen, all relics of the failed old regime – sought the views of the majority of their party colleagues and one of the three Constituency parties of the district by the Status quo.

But even though the Labor leadership wasted more than £ 10,000 in valuable campaign funds to prevent a move to a directly elected mayor, every single one of the 28 counties in the district voted in favor of the move.

Four times as many Croydon residents voted for change as they supported the now disreputable old system: 11,519 versus 47,165. The first executive mayor of Croydon will be elected next May.

Deliver defeat: Newman fools who bankrupted the district, like Stooge Collins, saw no wrong in distributing leaflets with burning £ 20 notes on them

The big political mistake people like Collins, Ali and Progress MP Steve Reed OBE made was turning the referendum into a vote on the Minutes of the Labor Council.

They all got the answer they deserved.

In the end, Reed did not even have the decency to bother to appear to the Count and witness the sweeping defeat he had helped to cause.

After all of the poor judgment and “corporate blindness” of the past five years, Reed, Ali, and the remaining Newman fools had somehow managed to make it all worse with a nasty campaign and display of bad faith among voters.

While the census was still in progress, some members of the local Labor Party felt it necessary to apologize on social media “on behalf of our party” for the attack on the DEMOC campaign by one of Newman’s fallen (i.e. handing out juicier allowances) . ) City councils. “Please be patient with us,” they wrote. “We need your votes next May.” Gallows humor indeed.

In Croydons The editorial line throughout the petition and campaign process for the system change has always been that less than the really radical change that was offered was offered. We even came up with a hashtag for the change of mayor: #ABitLessShit.

It seems that Croydon voters tended to agree.

The turnout that day was very, very low overall: just 21 percent, showing that what might intrigue the Croydon establishment and Town Hall allowance bubble members is often much less for the people they are supposed to serve Has priority.

No service: It has been left to a community-minded person to provide the drivers with fuel updates

The turnout for the mayor and city council elections next May should be better.

Also in October, through the magic of the internet, we managed to find a tool that would help our readers find gas stations where fuel was still available.

With fuel prices soaring in the weeks since then, has anyone thought that this was all just a ruse used by multinationals to increase their profit margins?

And the council’s financial collapse sparked yet another scandal in October when the Labor Councilor and Cabinet member responsible for the borough’s fortunes was discovered to be selling the Croydon Park Hotel at a bargain price to a development company represented by … King’s own employer.

Sources on Katharine Street suggest the hotel may have sold for about £ 10 million less than the £ 29.8 million council – Newman and his financial assistant Simon Hall – sold in 2018 for the 211-room four-star -Hotel paid.

The hotel went broke in the middle of its first lockdown in 2020, with the loss of an additional 92 jobs in the city center.

Sources confirmed that the new owners of the hotel site are in fact a company represented or represented by Terrapin Group, the Peter Bingle-led real estate public relations firm with King as Senior Account Director since earlier this year is working.

Burger King: There is nothing wrong with former Newman cabinet member Stuart King (left), who also works for a developer lobbyist company

This is the same Stuart King who is vice chairman of the council and member of cabinet for the “Croydon Renewal”. According to the council’s website, “wealth management” is high on the long list of responsibilities in King’s cabinet mandate.

This includes the sale of tens of millions of pounds of brick by brick sites and other public property. Including the Croydon Park Hotel.

Our resident attorney Ebenezer Grabbit of the widely respected Sue, Grabbit and Runne law firm asked us to point out that there is no evidence of any wrongdoing by King. King has assured In Croydon personally that he has withdrawn from all meetings and briefings where his job at Bingle may have come close to his public duties as Councilor of Croydon.

But to see all of this as acceptable behavior in the troubled Croydon Council is either extremely naive or monumentally stupid.

Or maybe King and his fellow councilors really do believe the Croydon public is stupid.

After all, this is the same Croydon Labor group that gave Paul Scott a “special license” for six years while he was director of an architectural practice so that he would receive hundreds of requests from developers and architects during his tenure as chairman of … the planning committee worked for millions of pounds, and Westfield, who also worked for Scott’s company TP Bennett.

The first anniversary of the publication of Section 114 of the Croydon Council and the admission that they had gone broke brought with it the realization that there had been so many job cuts that the local government was now unable to perform even the most routine of its duties.

Research by Inside Croydon discovered …

Decent meal: Wendys were back

Elsewhere in November, two of our most-read articles were contributions from our loyal readers.

One helped us uncover that a High Court judge ruled against Croydon’s Planning Department and overturned a senior city council official’s decision to approve a block of flats in Sanderstead. and are also causing mortgage lenders to withdraw their loans on some properties built without proper planning permission.

And we said hello again to Croydon Wendy’s, whose use of a historic 1960s building in an important location on George Street was a feast for the eyes.

In the last month of this wretched year, our readers wanted to find out more about train cancellations to Victoria and the rising rates of Covid infection in local hospitals.

Fortunately, however, two parts of our regular investigative journalism, including a story published on Christmas Eve, kept our loyal readers informed of the gimmicks going on in and around Fisher’s Folly. Brick by Brick, the failed home builder owned by the community, reported a loss of £ 25.26 million in the company’s most recent financial statements.

And the report also showed that the company’s one-year loans – all from Croydon Council – had grown to £ 229 million.

The financial statements up to March 2021 were released by Companies House on Christmas Eve morning in the latest glaring attempt to sweep the bad news under the rug.

£ 70 million fiasco: Where was the money spent in the Fairfield Halls?

Not only did Brick by Bricks’ poor management, slow completion and failure to deliver public housing help bankrupt the council, their incompetence had left a trail of rubble in the Fairfield Halls that the company ran under Head of former councilor Colm Lacey, should renovate.

This month, In Croydon Received a copy of a document agreeing with the lines of investigation into the deal that put the renovation of the Fairfield Halls to Brick by Brick in the first place – which included no less than FOUR potential areas of illegal conduct by senior councilors, or councilors Brick by Brick.

The investigation into the £ 70 million Fairfield Halls fiasco by Grant Thornton was commissioned more than 12 months ago. It has yet to be made public.

Which suggests that in 2022, eight years after we first started reporting on the council’s ill-advised housing companies, we will still be digging into a sad affair that town hall leaders would prefer to remain in the shadows.

The players’ union is not impressed by Thursday’s proposals

Downfall of a Despot: The Twisted Life of the Original Maxwell Villain