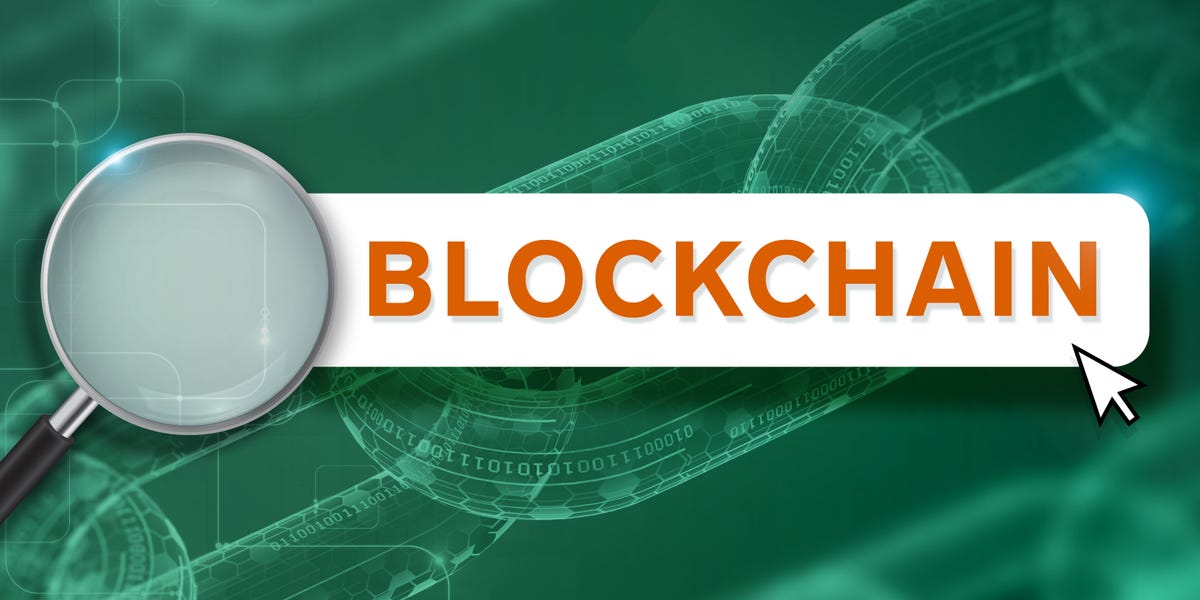 But blockchain technology also has many other uses beyond cryptocurrencies like Bitcoin and Ethereum. This is how blockchain works – along with a closer look at the advantages and disadvantages and possible applications.

Blockchain is a digital database that stores “blocks of data” in chronological order. These blocks are linked together in what is known as a “chain”, and unlike traditional databases that use a third party vendor or intermediary, the blockchain is completely decentralized.

This means that no third party can monitor or disrupt transactions. The blockchain system is basically self-regulating, thanks to a P2P computer network of nodes (i.e. individual computers) that review all new data and distribute cross-network copies of the blockchain to protect it.

â€œBlockchains are made up of, well, blocks,â€ explains Lorien Gabel, co-founder and chief executive officer of Figment.io. â€œEach block contains a timestamp, transaction data and a math function from the previous block. Computers mining blocks or running validation nodes that sign blocks will enclose this mathematical function – called cryptographic hash – from the previous block into the current block to form a chain. “

Quick tip: Blockchain is not to be confused with Bitcoin. Bitcoin transactions wouldn’t be possible without blockchain technology, but the two are completely different. While Bitcoin is a tradable digital currency, blockchain is simply the underlying technology that enables secure transactions for Bitcoin (and other cryptocurrencies).

Cryptocurrencies would essentially be non-existent without blockchain. This technology is based on a distributed ledger that records all past, present and future data (e.g. transactions or accounts).

â€œA blockchain is often used to create a distributed ledger. Ledgers keep track of accounting transactions and accounts – we can think of it as a database that stores information just needs to be shared with other computers on the network, “says Gabel.

But some other functions separate blockchain technology from traditional databases controlled by financial institutions. This includes immutable or immutable records and smart contracts.

Any transaction that the nodes add to the blockchain is permanent. As soon as the computer network checks the data and adds it as a new block, this data record is permanent. And this serves much more important purposes than just keeping the system running.

â€œTransactions are irreversible, permanently recorded and can be viewed by everyone. It is a challenge and complicated for every actor to change or falsify data recorded in a ledger, â€explains Gabel.

To change the data in the ledger and make the modified chain the majority chain, someone would have to both modify their duplicate of the ledger and adjust at least 51% of the copies of other users’ database. Hence, the Immutable Records component makes it extremely difficult to hack into the system.

“[A smart contract] is a self-executing contract where the terms of the agreement are written directly into lines of code on the blockchain, â€explains Gabel. This allows them to run once the conditions are met.

But the blockchain process works like this: Whenever a new transaction occurs (e.g. a Bitcoin or Ether purchase order), that data is sent to a network of computers (nodes) that solve mathematical equations to complete the transaction validate.

If the transaction is rejected, it will not show up on the blockchain. However, if this is confirmed, the nodes add the data as a new block in the ledger and concatenate it with the previous blocks (and those following) to keep the chain safe. Once this step is completed, the transaction is complete.

How is blockchain used?

Cryptocurrency is probably the first thought many people have when it comes to blockchain, but this technology has many other uses:

Quick tip: Since blockchain is not a digital currency, you cannot invest in it directly. However, you can still build portfolio exposure by investing in the stocks of blockchain companies or platforms that offer cryptocurrency products.

â€œBlockchain technology offers a solution to the challenges of storing, managing and protecting data. It provides a useful and secure way to authenticate information, identities, transactions and more, and to create a secure ledger that can be updated in real time, â€says Gabel.

Advantages and disadvantages of blockchain

Blockchain has multiple uses including cryptocurrency transactions, fiat transfers, and more. However, there are also advantages and disadvantages to consider.

Blockchain-secured transactions offer many advantages. Its efficiency, security, and the lack of intermediaries make it an ideal option for those who want to securely store a range of data.

However, since there is no centralized authority to manage the database, you cannot recover any assets if you lose your private key. This is important if you want to use blockchain-based transactions.

Blockchain technology uses a P2P network of computers to securely process transactions and store them in a digital database. Unlike traditional databases that rely on central authorities, blockchain completely eliminates the need for intermediaries.

Security is another important part of blockchain technology. Some of the most important functions – including immutable records and smart contracts – are there to protect all data.

Overall, blockchain technology has many uses both in the crypto world and beyond, but it is important to understand how it works before using it.

Rickie Houston is a wealth creation reporter for Business Insider covering brokerage products, investment apps, online advisory services, cryptocurrency exchanges and other wealth creation financial products. He is also a certified trainer for personal finance (CEPF).
Rickie previously worked as a personal finance writer at SmartAsset focusing on retirement, investing, tax and banking. He has contributed to stories published in the Boston Globe, and his work has also been featured on Yahoo News.
He graduated from Boston University, where he worked as an editor and sports editor for the Boston University News Service.
Learn more about how Personal Finance Insider selects, rates and covers financial products and services Â»

Tax reform is coming: what it could mean for you | McDermott Will & Emery