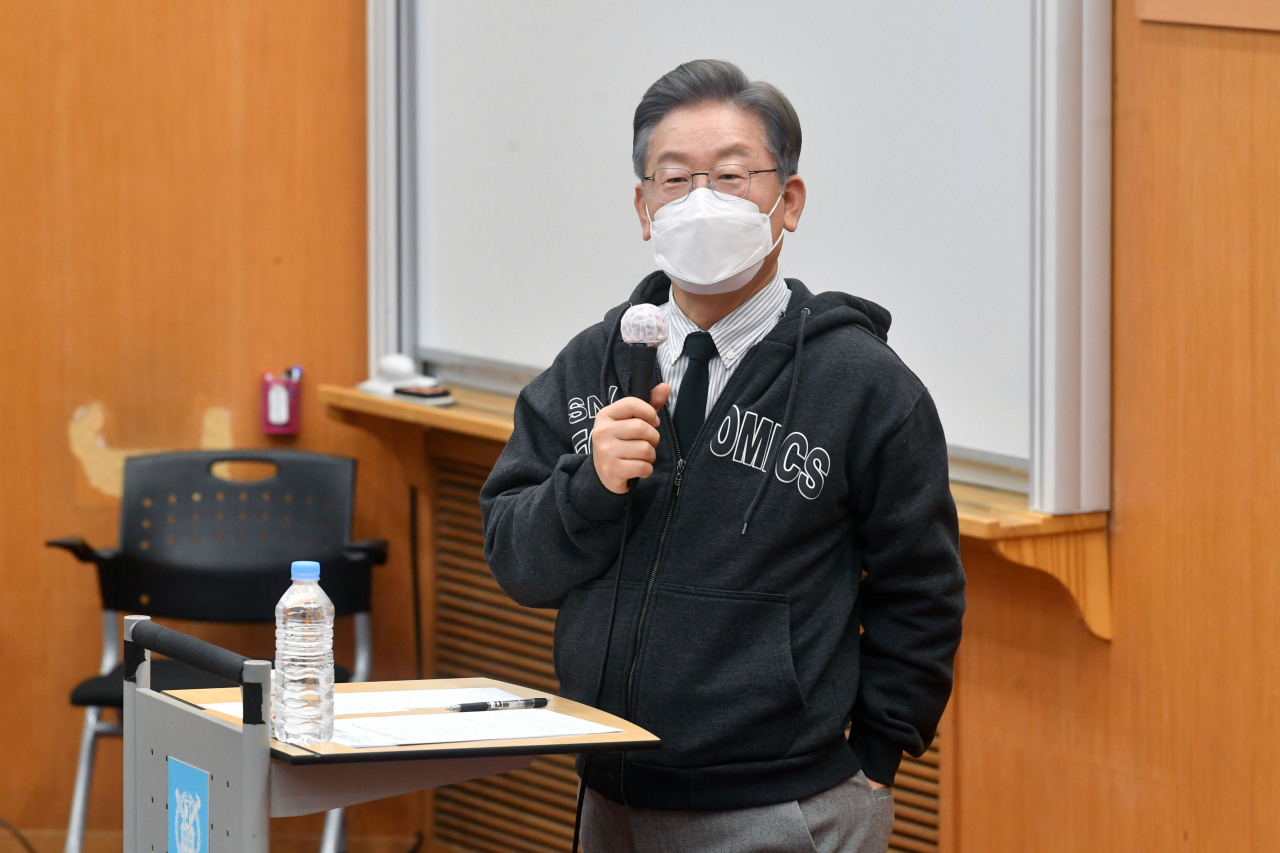 By Dorothy B. Rhodes On Dec 7, 2021
Share
Lee Jae-myung, the ruling Democratic Party (DP) presidential candidate, on Tuesday defended his campaign promise to provide low-interest loans to youth, saying there was “good debt”.

“Whether it is national debt or personal debt, it is foolish to say that all debts are rotten,” Lee said at a presentation at Seoul National University. “If there is more value in using your future wealth in advance, I think it is right to do so.”

Lee’s campaign promise of a basic youth funding program is designed to help young people get low-interest loans. He had previously pushed the plan when he was governor of Gyeonggi Province.

“It is not fair for poor people to pay more interest while rich people can borrow the amount of money they want at low interest rates for a long time,” he said. “Confidence in finances comes from state power and popular sovereignty, but it is not right to leave out responsibility for the poor.”

Lee also emphasized his promise to provide a universal basic income. He had previously proposed giving the young population 2 million won (US $ 1,700) and the rest 1 million won a year.

“It’s a policy that must exist in this new world that has gone through a quality change,” he said. “If the objective situation changes, economic policy must also change.”

When asked about his decision to end a call to provide COVID-19 aid to all people, Lee said he had not given up on the plan.

“I just dropped this one-off thing of including the plan in the main budget for next year,” he said. “I haven’t given up on this policy.” (Yonhap)

Should You Refinance With The Same Lender?