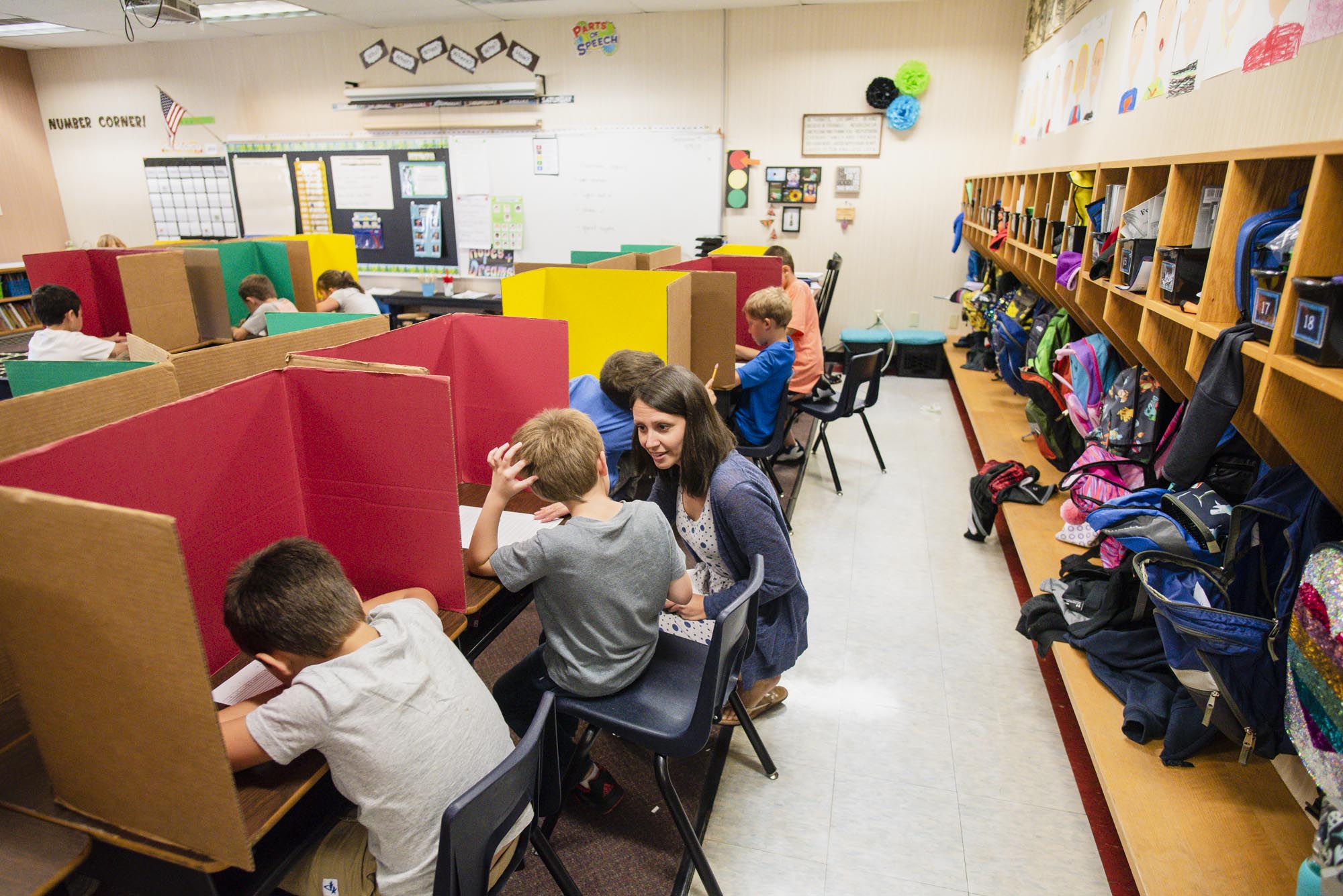 Educators and school administrators shared the bill, which would allow teachers to look for other jobs during their contract

Under Vermont law, once teachers have signed an apprenticeship contract for the upcoming school year, they must honor it.

A teacher who breaks a contract will be barred from teaching in a public school for the remainder of the school year unless they have “just cause” to quit the job.

Now a new bill before the Vermont legislature aims to change that. p.162introduced last month, would give teachers a roughly two-month window to look for and take on new jobs — even while they’re under contract to teach elsewhere.

“The Senate (Education) Committee is talking about ‘How can we make Vermont the best place for teachers?'” said Sen. Andrew Perchlik D/P-Washington, the sponsor of the bill. Part of the solution, he said, may be “respecting teachers’ ability to get the job that matters most to them and their families.”

But the proposal has divided Vermont’s education sector, with teachers in favor and school administrators staunchly opposed.

The national branch of the National Education Association, the teachers’ union, argues that the bill simply gives teachers a right that many other workers take for granted: the ability to look for a new job even after they’ve agreed to work elsewhere.

“No other professional in the public or private sector needs to get permission from a boss to apply for a new position,” Jeff Fannon, executive director of the Vermont teachers’ union, told the Vermont Senate Education Committee last week.

The Vermont school board issues contracts to teachers after voters approve district budgets, which usually occurs on Town Meeting Day. Contracts must be sent no later than April 15th.

After that, teachers usually have two weeks to sign them, although some can get extensions. The start of the contract is usually July 1st.

If the law passes, teachers will have until June 15 to seek, interview and accept jobs in other districts, even if they have signed a contract to teach elsewhere. That window, Fannon said, would give teachers a “modest and reasonable degree of flexibility” to seek and accept jobs that are closer to home or offer better pay.

But if teachers are allowed to take on other jobs after the contracts are signed, districts could scramble to fill vacancies before the start of the school year, school officials said.

Principals and superintendents also fear the bill could exacerbate staffing shortages in rural and low-income school districts, as teachers leave at the last minute to go to districts with better salaries.

“It’s a really scary bill for principals and superintendents whose primary job is to make sure teachers come before their kids,” Jay Nichols, executive director of the Vermont Principals’ Association, said in an interview. “And where there’s more poverty or relative poverty compared to the counties around you, that’s a huge disadvantage.”

Perchlik, the sponsor of the bill, said he was open to compromise.

“I try to be fair to the school and fair and respectful of teachers as a profession,” he said.

If you want to keep an eye on Vermont’s education news, sign up here to receive a weekly email with all of VTDigger’s coverage of higher education, early childhood programs and K-12 education policy.

MLB lockout, what is it, why is it still going, walkout, dispute between owners and players, will games be lost, season start date