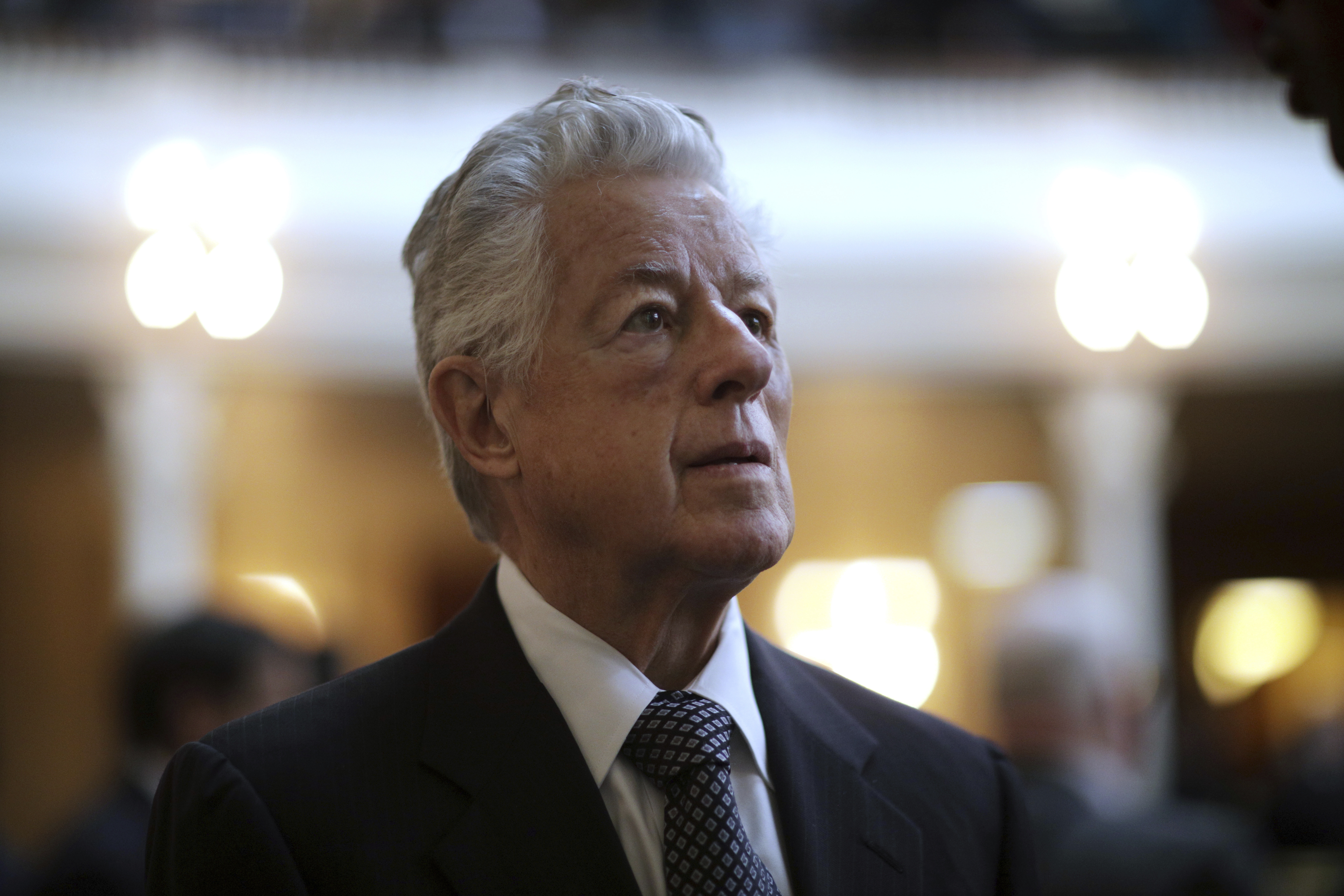 Born in Brooklyn in 1935 to a working-class family, Florio dropped out of high school but earned his equivalent degree in New Jersey while serving in the US Navy and competing as an amateur middleweight boxer. He eventually graduated from Trenton State College (now The College of New Jersey) and Rutgers Law School in Camden.

“My parents were both workers. None of them graduated from high school. My dad was a shipyard worker, hardworking, short, edgy guy,” Florio said at a 2018 event hosted by the New Jersey State Bar Association. “He was a player. I’m not a money gambler, but I’m a gambler in the sense that he was. He was a real player. After World War II, after the shipyard closed, we lived off his poker winnings for 18 months.”

Florio entered politics as a lawyer and worked for the city of Camden and other South Jersey cities from the late 1960s. He was elected to the New Jersey General Assembly in 1969 and to Congress in 1974. He was governor from 1990 to 1994.

In 1977, he ran for governor for the first time, unsuccessfully challenging Democratic incumbent Brendan Byrne in the primary. Florio became the Democratic nominee in 1981, losing to Republican Tom Kean by less than 2,000 votes – the narrowest gubernatorial margin in New Jersey history. In 1989, he ran for governor for a third term, defeating Republican Jim Courter in a landslide election that saw the Democrats flip the convention to take full control of the Statehouse.

But his governorship was almost immediately beset by tax problems. His first budget cut many government aid programs and increased taxes.

“We face hard realities and hard choices,” Florio said in his 1990 budget address to the Legislature. “The time has come to face them. One of my heroes, the great heavyweight Joe Louis, used to say, ‘You can run, but you can’t hide.’”

The events that would define his tenure took place a few months later, when the state Supreme Court issued a landmark ruling requiring that New Jersey’s poorest school districts be funded at the same level as the richest.

Faced with budget deficits and school funding demands, Florio signed into law billions of dollars in income and sales tax increases. While Florio stressed that only 17 percent of New Jerseyers would pay higher income taxes, the increases — and specifically an expansion of the state sales tax on toilet paper, among other things — prompted riots and massive protests at the statehouse, spurred by a then-little-known radio station, 101.5 FM.

Florio also faced protests over his 1990 law banning the sale of military-style assault weapons — then considered the toughest gun control law in the nation. The late actor Charlton Heston, who became president of the National Rifle Association, upset Florio at a gun rights group dinner in Edison.

“New Jersey was the first state to ratify the Bill of Rights,” Heston said, according to a New York Times article. “I’m not going to stand by while you try to be the first to undo it.”

Florio reacted aggressively. “It’s not ‘Planet of the Apes,'” he said, referring to the 1968 film in which Heston starred. “This is New Jersey.”

The unpopularity of Florio’s policies led to a disastrous midterm for Democrats in 1991, when Republicans overturned the Assembly and Senate with veto-proof majorities. Democrats would not regain the Assembly for another 10 years and the Senate for 12 years.

But Florio and the GOP-led legislature later formed what the New York Times called an “uneasy alliance” and agreed on budgets, school funding and health legislation. By 1993, Florio’s popularity was beginning to rebound. In November of that year, Republican Christie Whitman defeated Florio by just one percentage point, 49.3 percent to 48.3 percent.

Whitman immediately set about reversing the Florio-era tax increases, but some of her subsequent actions, such as requiring it to pay the state’s pension liabilities, led some to recognize Florio as the fiscally responsible governor.

During his final State of the State address in January 1994, Florio urged people to “rise above the politics of the moment” and “resist the temptation to define community in a narrow and selfish way.”

“I believe we will do these things because we know the need to do them is greater than any price to pay,” he said.

Florio attempted a political comeback in 2000, running for the Democratic US Senate nomination after the announcement of Senator Frank Lautenberg’s resignation. Florio lost to Jon Corzine, who spent tens of millions on his campaign.

Gov. Phil Murphy announced Monday morning that he will order state flags to fly at half-staff in Florio’s honor.

“He was a leader who cared more about the future of New Jersey than his own political destiny. And he was also a friend whose kind advice was invaluable to me and countless others in our state. Our communities are cleaner today because of the environmental efforts he championed in Congress. And our streets are safer today because of his persistent efforts to enforce and defend our state’s assault weapons ban, which remains the law to this day,” Murphy said.

How consulting firms can deal with the current economic situation