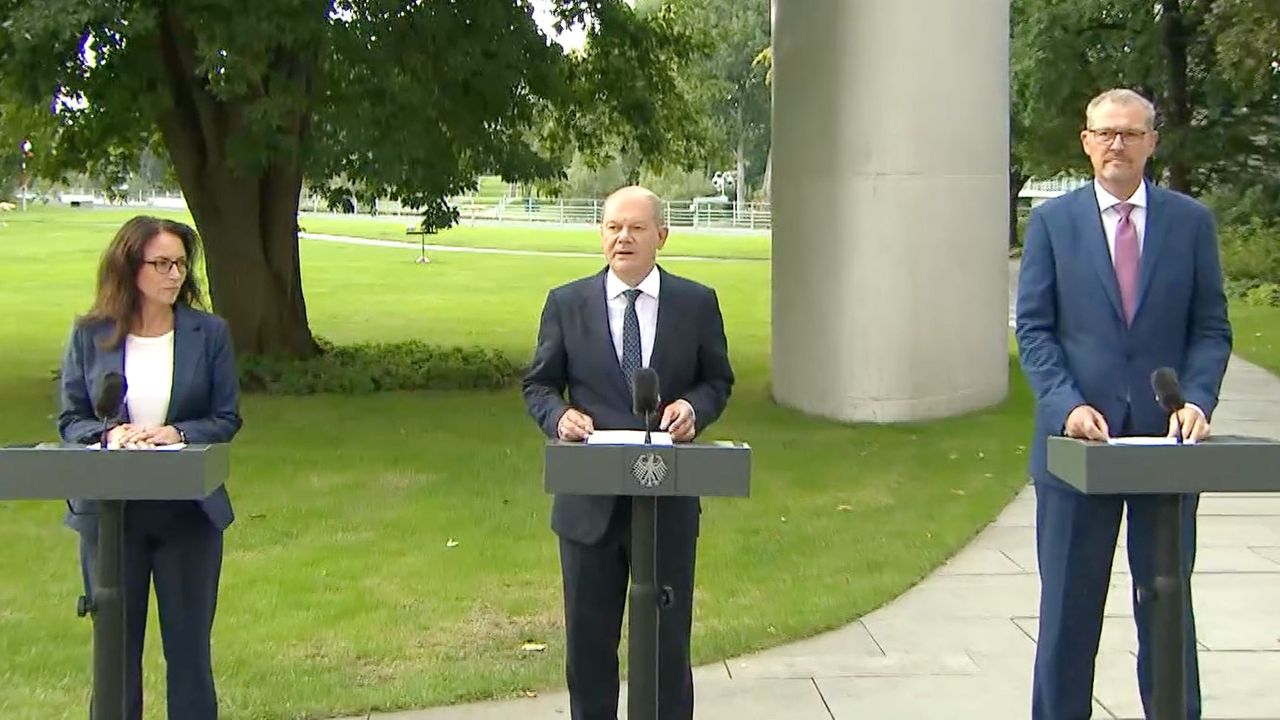 At the first meeting, Scholz spoke of a “social round table of responsibility” aimed at “preventing or mitigating real income losses”. Since then, the full extent of the inflationary wave sweeping working-class households has become apparent. Exploding energy and food prices are putting even top earners under pressure.

Still, the federal government, a so-called traffic light coalition of Social Democrats, Greens and FDP, is determined to continue its confrontation with Russia and shoulder the full burden of the war and the horrendous costs of military build-up. directly on the shoulders of the German population. This was recently confirmed by the government’s “aid package”. Despite billions in profits, the large corporations are receiving new financial injections, workers, pensioners and students are threatened with drastic income losses.

Contract negotiations began early last week in the country’s metals and electronics industries, which include the defense industry. IG Metall is calling for an 8 percent pay rise over 12 months, which means a drop in real wages given the expected double-digit inflation rate.

The result of the negotiations applies to 3.8 million employees and serves as a guide for other sectors. Collective bargaining for the 580,000 employees in the chemical and pharmaceutical industry will follow in mid-October, and at the end of the year the contracts for 2.7 million employees in federal and local government, in retail, in the automotive and construction industries will expire.

These contract disputes must become an offensive against war and its social consequences. High double-digit wage increases must be fought for to offset inflation and past real wage cuts. But that is exactly what the concerted action is supposed to prevent.

The second round was to prevent the unions from allowing wages to match inflation, thereby reducing incomes. The close cooperation between government, business associations and unions, demagogically masqueraded as “social partnership” and “mutual support in the interest of all”, is in fact a conspiracy against the working class.

The unions play the key role in crushing any resistance. The government and employers are counting on their bloated official apparatus to push through the most extensive wage and social cuts since the 1930s. IG Metall alone has 50,000 works councils and 80,000 shop stewards in the companies. Around 1,700 IG Metall representatives sit on the supervisory boards of the companies, work closely with the company management and are generously remunerated for it.

After the concerted action meeting, Federal Chancellor Scholz, Employer President Rainer Dulger and DGB President Yasmin Fahimi appeared before the press and made short statements that were almost identical in wording.

The Chancellor first said that he knew people’s concerns “because of the sharp rise in prices”. He knows that many people “feel inflation when shopping in the supermarket, at the gas station, when paying the heating bill”. He praised his government’s actions so far and repeated his ridiculous slogan that became popular in the world of football: “You will never walk alone.”

Then Scholz got down to business. He warned against excessive wage demands and emphasized that many companies were in existential distress due to high energy prices. He had “made the contractual partners an offer to exempt additional payments of up to 3,000 euros from taxes and duties”.

With this offer, Scholz is trying to pave the way for another round of negative wages, after IG Metall has only agreed on a contractual additional payment for employees in the metal and electrical industry since 2018. Although such lump sum payments can alleviate the immediate financial pressure in the working class, in the short term they lead to a massive reduction in real wages in the long term.

DGB boss Fahimi thanked the Chancellor and the government for their “great commitment so far”, all of which was “also very widely documented”. However, she warned that a “fast pace in implementing results and finding solutions” is now required. “The dynamics of the problems and challenges overtake us from week to week,” she said.

“We trade unions are of the opinion that we need further short-term measures to stabilize purchasing power this year,” she emphasized, expressly supporting “the federal government’s offer to allow additional payments of up to €3,000 tax-free.”

She then called for “aid and protective measures for the economy” to avoid a wave of bankruptcies with catastrophic consequences.

Fahimi embodies a union apparatus that has become fully integrated into the government and business camp and sees its role as police against workers. Before she was elected Chair of the DGB, Fahimi was General Secretary of the SPD and State Secretary in the Ministry of Labour. Her partner is Michael Vassiliadis, President of the conservative chemical union IG BCE.

The President of the Employers’ Association, Dulger, thanked the Chancellor for “a good conversation… on the basis of the agreement that we can only act together in the current situation”.

The “willingness of the federal government to allow employers to make one-off payments to their employees that are free of taxes and duties” is to be expressly welcomed,” said Dulger. However, he stressed, “not all companies can afford these one-off payments.” He added: “The government has already set many things in motion. We are pleased about the Chancellor’s short-term commitment to more concrete solutions.”

The employers’ president had already made it clear at the beginning of July what he was asking for his cooperation with the government and unions when he publicly threatened to suppress industrial action. He told journalists in Berlin that he was “very displeased” with short-term “warning strikes” by dock workers, and he called for a “national state of emergency” that could break strikes – i.e. the enforcement of a kind of martial law against strikers.

“The fat years are over for now,” he justified his suggestion. Germany had staggered through an “oasis of prosperity and well-being” for many years, but that was over.

The concerted action revived by Scholz goes back to the model introduced in 1967. At that time, SPD Economics Minister Karl Schiller reacted to the first recession in the Federal Republic, in which 500,000 workers lost their jobs, by convening a concerted action that agreed on low-wage deals. In the following two years, average real wages fell by 1.6 and 1 percent respectively.

Workers were unwilling to accept this, and in September 1969 nationwide wildcat strikes, over which the unions lost control, resulted in massive wage increases. Unions were forced to make their own initial demands to regain control of the situation.

Today they are no longer able to do this. They have completely degenerated into corporate tricks. While they still have a powerful apparatus to intimidate workers, their influence has greatly diminished. The number of members of all DGB trade unions has shrunk from 11.8 million in the year of German reunification (1990) to 5.73 million today. According to a current survey, only 26 percent of companies and 51 percent of employees in Germany are still bound by a collective wage agreement.

Wages, social gains and jobs can only be defended in a rebellion against the unions and their “social partnership” policies. Workers must use the current round of contract negotiations to wrest control of the union apparatus. To do this, action committees must be set up, which are democratically controlled by the workers.