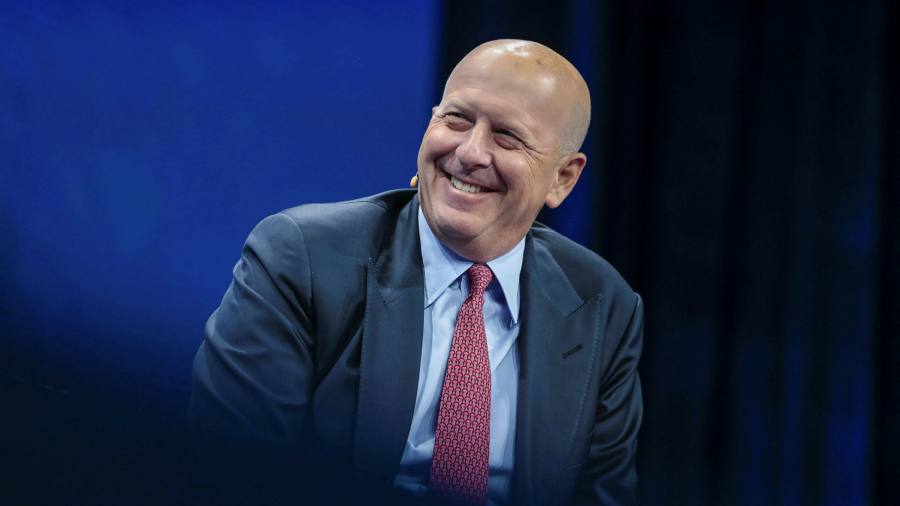 Goldman Sachs is buying NextCapital, a robo-advisor specializing in company pensions, as part of CEO David Solomon’s push into businesses with steadier income streams, including wealth and wealth management.

Goldman declined to disclose the price of the acquisition, but said it would be one of the top five wealth management deals.

Goldman Sachs Asset Management is already one of the world’s largest providers of “outsourced chief investment officer” services to pension plans, insurers and other asset managers. It oversees $350 billion in pension plan assets.

“This is an attempt to provide all American companies with a better solution to help their employees save for retirement,” said Luke Sarsfield, co-head of wealth management at Goldman.

Dealmaking in the wealth management industry has boomed amid shrinking margins, the growing dominance of the largest firms, and the rise of artificial intelligence-based players. Medium and smaller managers have come under pressure to consolidate or sell off to larger competitors.

More than 1,200 transactions involving wealth managers took place in 2021, a record with deals worth $69 billion settled, the second-highest dollar amount in history, according to Refinitiv data. Last year, Morgan Stanley completed its $7 billion acquisition of Eaton Vance after beating JPMorgan Chase in a competitive bidding war, while T Rowe Price bought credit manager Oak Hill Advisors for up to $4.2 billion.

In 2022, the industry saw nearly $11 billion worth of M&A activity, higher than historical averages, although transaction activity in general has slowed since the Russian invasion of Ukraine in February.

For Goldman, the deal underscores Solomon’s efforts to appeal to investors who have priced the bank’s stock below its Wall Street counterparts because they see earnings as more volatile. Solomon is looking to expand Goldman’s operations into recurring revenue areas such as wealth management, consumer and transaction banking.

“This acquisition advances our strategic goal of building compelling client solutions in wealth management and accelerating our investments in technology to serve the growing defined contribution market,” Solomon said in a statement.

“Banks have long been buyers of wealth management firms for a variety of reasons, including being a good source of noninterest fee income, which has been particularly important during the low interest rate environment that has persisted since the financial crisis,” said Andrew Gerlach, partner in the financial services practice of the law firm Sullivan & Cromwell.

“These deals don’t require a lot of capital for banks compared to other banking products,” he added.

Sarsfield said Goldman chose to buy NextCapital rather than develop its own pension robo-advisors because they had already successfully worked together. “There’s a certain benefit to being an early mover. . . This is a company that we have known and respected for a long time.”

Founded in 2014, NextCapital last raised debt in 2020 when it received a $30 million funding injection led by FP Credit, the debt investment arm of Francisco Partners.

While a number of large money managers offer robo-advisors to private clients, NextCapital is unusual in that it offers services under 401(k) plans.

It also stands out for the level of personalization it offers. In addition to advice tailored to the customer’s age and circumstances, she also takes into account goals such as saving for the child’s studies and pension.

Sign up here to get Due Diligence, top stories from the world of corporate finance, delivered straight to your inbox every Tuesday through Friday

indie Semiconductor, Inc. (INDI) announces the resignation of Bill Woodward and the appointment of Diane Biagianti to its Board of Directors