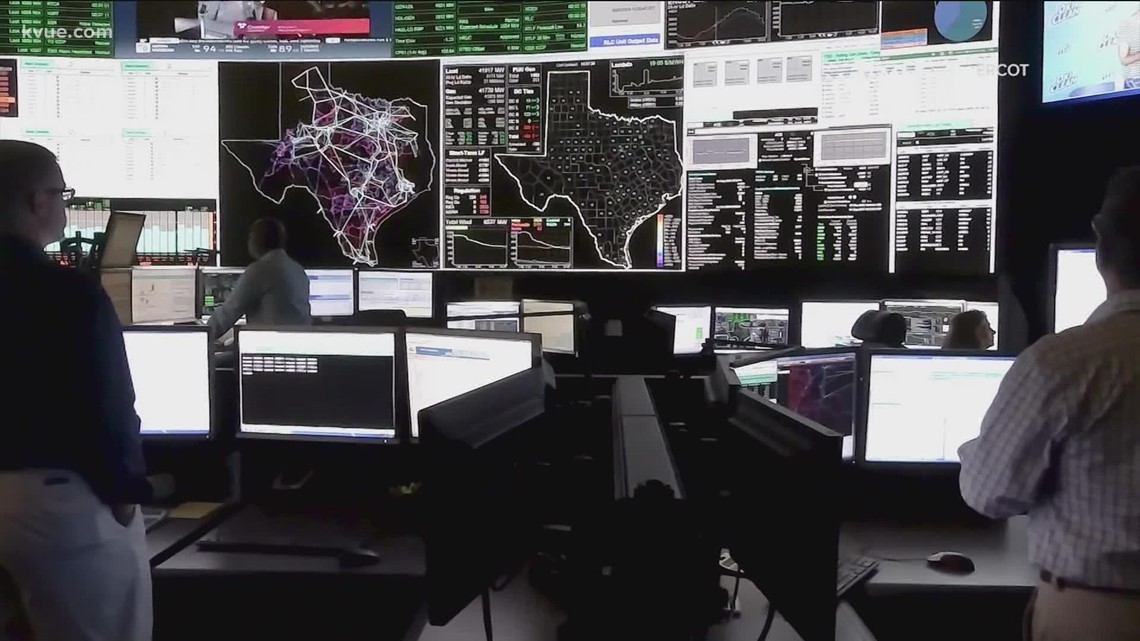 We all pay more for our electricity. Last year’s winter storm cost Texas billions. Money for repairing the power grid comes from investors.

AUSTIN, Texas – At least half of the electricity generated in Texas comes from natural gas. And last year, lawmakers passed legislation boycotting investment companies that refuse to invest in the oil and gas industry.

“Send an appropriate message that if you don’t want to do business with Texas companies, we won’t do business with them,” Brent Bennett, Ph.D., the policy director of the Texas Public Policy Foundation, said in a bill hearing in the last year.

It is not so easy. Texas needs to build more reliability into the power grid.

The state uses two main energy sources for electricity. Natural gas and wind make up more than three quarters of our energy mix. Both sectors play a role nationwide.

Texas is the largest exporter of natural gas in the US, and Texas exports more wind energy than any other state.

“But the thing is, it takes money up front,” Nazor said.

Reliability is not there without memory.

The state’s grid manager, the Electric Reliability Council of Texas (ERCOT), shows that Texas had 469 megawatts of installed battery storage as of September 2021.

One megawatt could supply around 200 households with peak demand, as ERCOT’s data sheet shows. It wouldn’t cover all of Round Rock, let alone the state.

“The thing is, it could be done on a larger scale with our grid, but you have to change the way things are done a little bit,” Nazor said.

“Whether you live in the middle of the oil field or not, oil and gas are having a positive impact on the lives of all Texans,” said Todd Staples, president of the Texas Oil and Gas Association.

“Some of our country’s largest mutual funds are heavily invested in oil and natural gas,” Staples said.

Staples champions the oil and gas industry and points to another return on investment – the Economic Stabilization Fund (ESF), also known as the “rainy day fund”. It’s oil and gas tax money.

“Retired teachers have been big beneficiaries. Our state’s water planning, even county roads, have been funded from this fund,” Staples said.

At the 87th Texas Legislative Regular Session, lawmakers heard oil and gas producers say they could not get loans to set up operations.

A report by the Federal Reserve Bank of Dallas shows that banks describe oil and gas investments as “too risky”.

Why the focus on retirement? Retirement accounts are the largest American-owned investments.

In 2021, the US Treasury released a report showing how climate can impact financial risks. A recent proposal by the Federal Office for Currency Control shows “the effects of climate change” as “emerging risks for banks”.

“Energy is big money and renewables are big money, just like oil and gas. So it’s incredible how much money is being drawn to Texas to build wind and solar farms,” said Michael Webber, PhD., Josey Centennial Professorship in Energy Resources at the University of Texas at Austin.

It leaves Texas oil and gas at war for pension dollars.

“The resources in Texas that are particularly attractive and currently receiving the most investment and attention are solar, batteries and wind — almost in that order,” Webber said.

“The best growth over the past year has been in the oil and gas industry,” added Staples.

TRS investments do not go directly to energy companies. Instead, they rely on companies tied to commodities.

Texas law shows that disposals of state pensions would have a fiduciary exception.

“You want to reduce your emissions and improve air quality, which I think most of us who breathe want to do, and certainly many investors want to do that by pressuring companies to clean up. So we have decisions about the future mix and the role of gas,” Webber said.

“Oil and gas companies participate in development in a variety of areas and it must be economically feasible to do so. It has to be competitive,” Staples said.

Natural gas company Energy Transfer made billions from last February’s winter storm. In the third-quarter earnings call, the company’s leaders said they added wind and solar to their mix over the past year.

“We’re definitely investing in our commitment to buy energy, which we think is very cheap. So we’re supporting renewable energy in one way or another, but we’ll continue to pursue the ones that make sense,” said Mackie McCrea, co-CEO.

“You can build a wind farm or solar park in Texas cheaper, faster and more profitably than almost anywhere in the world. And that makes us very desirable,” Webber said.

“I think it’s very important to think about the health of these funds and how they benefit Texans and Americans,” Staples said.

“We have a lot of options and we have room to grow,” Webber said.

Voting in Austin: Where to vote in the March 1st Texas primary

The rain will come back