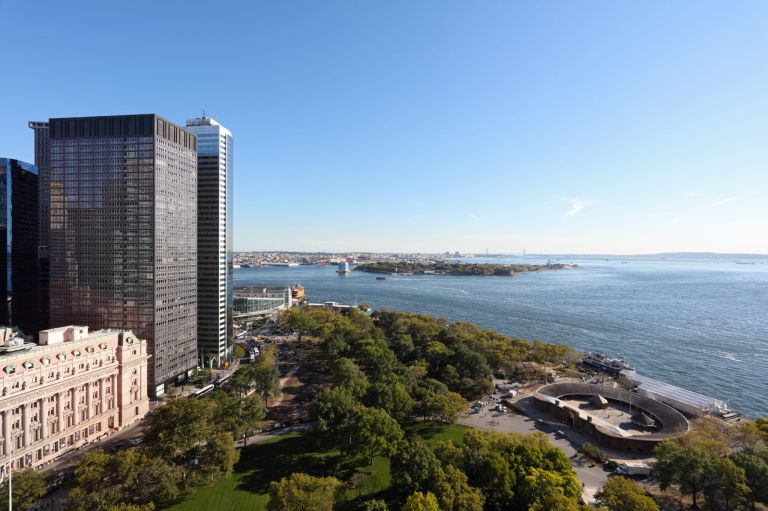 Nationwide mutual insurance took up most of the space — 38,107 square feet — divided among a 28,307-square-foot sublease Mutual liberty insurance and a 9,800-square-foot direct business with the building’s landlords, Rudin administration and Allianz real estateso Rudin.

According to Rudin, the Columbus, Ohio-based insurance company’s new offices will occupy part of the 29th floor and all of the 30th floor of the 870,000-square-foot building. Both of Nationwide’s leases have terms of approximately seven and a half years, thanks to an agreement with Rudin to convert the sublease to a direct lease upon expiration in November 2025. Nationwide will move into the building Silverstein properties‘ 7 World Trade Center later this year, Rudin said.

CBRE‘s Paul Meyer and Michael Rizzo handled the deal for Nationwide while Kresa‘s Mike McKenna represented the sublandlord Liberty Mutual in the transaction. Representatives from CBRE and Cresa did not immediately respond to requests for comment.

Meanwhile the International refugee aid project (IRAP) moves up the tower – about 29 floors – and scores some great views. The nonprofit signed a 10-year lease to double its space on part of the 33rd floor to 19,407 square feet in the store, which closed two weeks ago, according to the statement Savills‘ Stephen Steiner, who handled the rental agreement for IRAP. IRAP will move before the end of the year from just 7,408 square feet on the fourth floor, which it snatched up after moving into the building in 2018, Steiner said.

The non-profit organization will continue to use its new premises help refugees and displaced people from conflicts around the world by providing legal aid, according to the website.

“Rudin is the best landlord in town… and [IRAP] just has a great relationship with Rudin,” Steiner said. “We went out and looked at some other stuff but nothing compared to this room. The view is absolutely spectacular.”

Insurance law firm Abrams, Gorelick, Friedman & Jacobson renewed its 7,775 square foot fourth floor space for another 10 years. According to the landlord, the law firm finalized the deal to stay with the property in February.

Colliers International‘s Robert Gallucci represented the law firm in the deal. Gallucci did not immediately respond to a request for comment.

A spokesman for Rudin declined to comment on the rent demanded in the deals.

“These four transactions demonstrate the attractiveness of the building as a prime office property and demonstrate the positive occupancy dynamics we are seeing downtown,” Michael Rudin, executive vice president of Rudin Management, said in a statement. “As we emerge from the pandemic, companies are planning their long-term growth in New York City and are confident in the vitality of its unprecedented business community.”

Celia Young can be reached at [email protected].

UAE Labor Law: My employment contract differs from my offer letter. What action can I take?