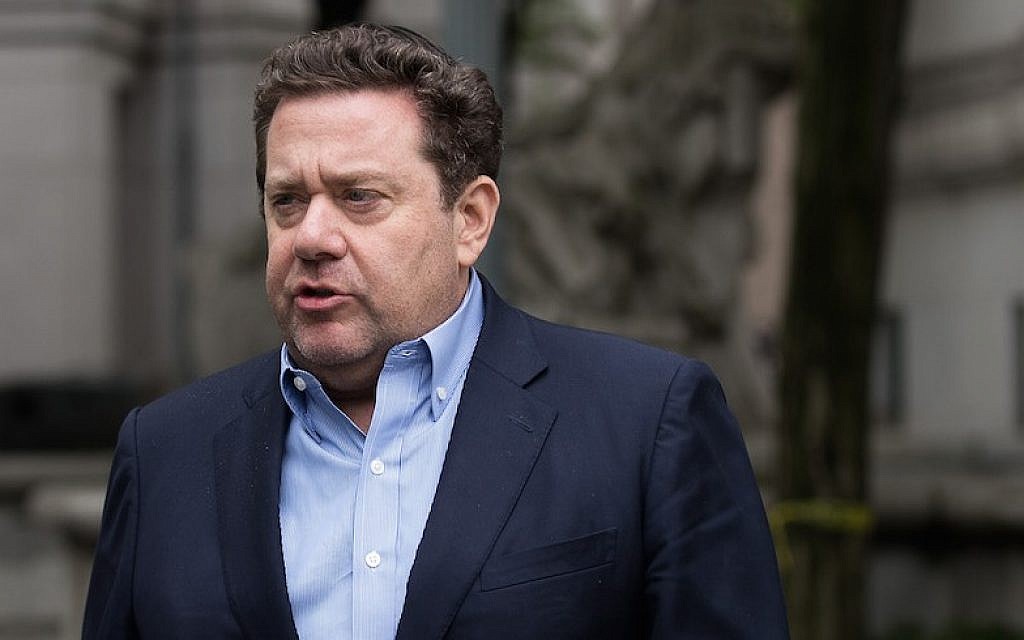 JTA – A hedge fund founder and major donor to Orthodox Jewish causes was sentenced to seven months in prison for participating in a scheme to bribe the chief of the New York Prison Guards Union.

Murray Huberfeld, 60, was convicted Tuesday after pleading guilty to a fraudulent conspiracy to pay $ 60,000 to Norman Seabrook, the former prison officers charity director who was also convicted in the affair to have. The payment was a reward for Seabrook for directing $ 20 million from union members’ retirement money to Huberfeld’s hedge fund, Platinum Partners.

In passing the verdict, US District Judge Lewis Liman in Manhattan said he had taken into account the “really extraordinary” letters of support for Huberfeld, Reuters reported.

“Mr. Huberfeld’s crime was serious,” Liman is quoted as saying. “That was not a passing mistake.”

Huberfeld’s arrest in 2016 and the ensuing trial shook parts of the Orthodox world in the New York City area over Huberfeld’s generosity. He had given away millions, particularly to synagogues associated with the Chabad Lubavitch movement and to Orthodox Haredi institutions in Brooklyn.

Huberfeld’s role as trustee for the Simon Wiesenthal Center’s Tolerance Museum proved controversial, and the museum lost $ 500,000 in community funding.

Prior to his conviction, Huberfeld told the court that he had repaid $ 5.5 million of union money he had lost through bad investments and that he intended to return another $ 1.5 million.

“I am confronted every day with the hard fact that my actions hurt so much,” said Huberfeld, according to Reuters. “What I did was wrong.”

I am proud to work at The Times of Israel

I am telling you the truth: life here in Israel is not always easy. But it’s full of beauty and meaning.

I am proud to work with colleagues at The Times of Israel who put their hearts into their work day in and day out to capture the complexities of this extraordinary place.

I believe that our reporting sets an important tone of honesty and propriety that is essential to understanding what is really going on in Israel. It takes a lot of time, commitment and hard work from our team to get this right.

Your support through membership in The Times of Israel Community, allows us to continue our work. Would you join our community today?

Join the Times of Israel community

Already a member? Log in to no longer see this

You are serious We appreciate that!

We are very happy that you read X Times of Israel article last month.

That is why we come to work every day – to offer discerning readers like you indispensable coverage of Israel and the Jewish world.

Now we have a request. Unlike other news agencies, we haven’t set up a paywall. However, because the journalism we conduct is costly, we invite readers to whom The Times of Israel has become important to support our work by joining The Times of Israel Community.

Already a member? Log in to no longer see this

Governor Greg Abbott vetoed 21 bills for the 2021 legislature. Here’s what you need to know.