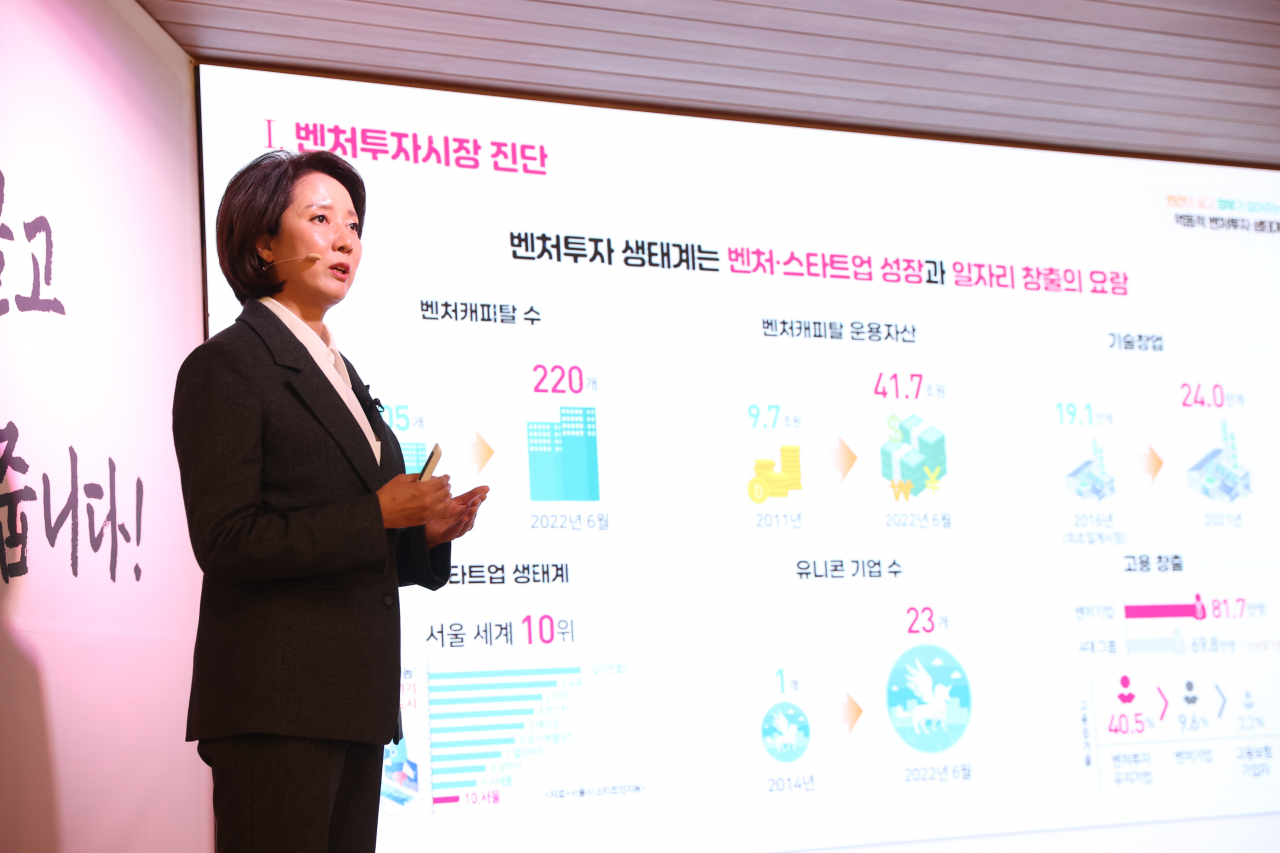 The Ministry of SMEs and Startups announced on Friday that it will expand its funding for venture capital investments in startups to a total of 8 trillion won ($5.6 billion) by 2026 to boost startup growth.

“In the face of inflation, high interest rates and a strong US dollar, investment in Korean startups is slowing down,” said Lee Young, minister for SMEs and startups. “The country needs a more dynamic ecosystem to boost the private-sector-led and government-backed startup industry.”

Of the 8 trillion won, the ministry said it will create a new privately run “venture fund of funds,” a pooled investment fund worth around 400 billion won to 500 billion won set up by venture capital firms investing in other venture funds.

“By combining the venture funds under the fund-of-funds, private investment will increase by 1.5 trillion won,” Lee said during a briefing.

To encourage private sector involvement, the government is giving venture capital firms and asset management firms that launch the new funds an 8 percent tax credit and a VAT exemption.

To support the start-ups’ entry into global markets, the ministry plans to create new “global funds” from the Middle East and Europe. Foreign venture capitalists can use the global funds to invest in promising Korean startups.

Lee hinted that the ministry will network with Saudi Arabia’s Investment Minister Khalid A. Al-Falih at the upcoming Comeup 2022 startup festival event, scheduled for next week in Seoul.

Lee also pledged differentiated funding for startups based on whether they are early, scaling or late-stage. In particular, the government will allow financial institutions that have provided loans to early-stage start-ups to be eligible for a future equity stake in the companies in exchange for their current debt.

For mid-market startups struggling with tight budgets, financial firms are encouraged to provide low-interest loans in exchange for the right to allocate newly issued shares of the startup faster than other shareholders.

Included in the 8 trillion won funding announcement is a 2 trillion won public-private investment dedicated to incubating about 1,000 advanced technology-based startups for the next five years, which was announced on Thursday.

KNOT Offshore Partners: Prepare for a Cut in Distribution (NYSE:KNOP)