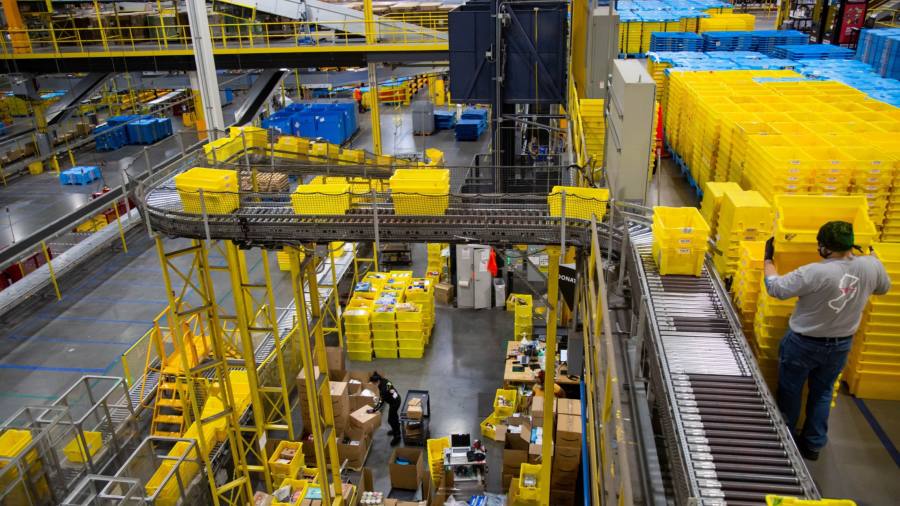 2022 is a year of significant voting. Some were expected, some were not. Some have more legitimacy than others. There will be much analysis on this last point this week.

The most significant of these will be a process of appointment rather than election. The Chinese Communist Party begins its five-year congress on Sunday, the most notable point of which will be handing President Xi Jinping a historic third term. The prospects are not good – “a tragic mistake,” according to FT economic director Martin Wolf.

A pressing concern for the Xi government is the housing market crash, which combined with the zero-Covid policy and difficult economic conditions, has stalled China’s strong growth spurt, trailing behind the rest of Asia for the first time since the early 1990s will fall behind this year according to the World Bank. Getting the Chinese consumer to spend more is the obvious way to restore growth. The problem for Xi and his senior lieutenants with this solution is that it would mean relinquishing some of their political power.

Before all of that comes another point of tension for Beijing. Monday is Taiwan’s national holiday, and the country’s soft-spoken President Tsai Ing-wen will deliver a speech.

China claims Taiwan as its territory. Nicola Sturgeon’s Scottish National Party no longer wants to be seen as British government territory. Sturgeon will make that clear on Monday in the closing speech at her party’s convention. A day later, the SNP’s risky plan for another referendum on the matter will face the UK Supreme Court.

The UK government has refused to grant powers for another vote. The two-day Supreme Court hearing is scheduled to conclude on Wednesday.

If the court agrees with the UK government, it would not necessarily end the SNP’s bid for a second referendum, but it would almost certainly nullify Sturgeon’s stated goal of holding a vote in October 2023, as it would have to pass legislation.

Speaking of second chances, but aside from the voting discussion: This Friday, London’s landmark Battersea Power Station will reopen in a new guise as a retail, leisure and residential building.

That feels like good news in troubled times. Expectations are higher than the building’s four chimneys, which you can ride up in a glass elevator for a fee. And the £9billion refurbishment, completed after numerous previous attempts failed, is so cool that Apple is taking up a few floors for its UK workforce. Whatever your opinion, the restoration of this iconic 1930’s building is revitalizing the local housing market.

It’s a quieter start to the week for markets as the US is closed for Columbus Day. But we will catch up on that later in the week.

Inflation is an issue (will it ever not be?), led by data from the US and China. The Fed is also set to release minutes from its September meeting, which will be monitored for any indication of its future intentions to tighten monetary policy to curb the rising cost of living.

The annual meetings of the IMF and World Bank also begin Monday in Washington and will last throughout the week.

This week will be a mixed bag of results but a few sectors will stand out as the earnings season progresses.

A buoyant job market is expected to have helped recruitment firms PageGroup and Robert Walters post higher quarterly net fees. But their trade updates will be monitored for signs of weakening demand as inflation and recession fears mount.

The week ends with a flurry of third-quarter results from Wall Street banks, likely fueling concerns about a US recession. Citi, JPMorgan Chase, Wells Fargo and Morgan Stanley all report on Friday — Bank of America and Goldman Sachs will follow next week — and analysts expect those six firms combined to report more than $4 billion.

On the plus side, third-quarter earnings for JPMorgan, BofA, Citi and Wells are likely to have risen about 4 percent year over year, thanks to higher net interest income following the Fed’s rate hikes, our US banking reporter notes. Goldman and Morgan Stanley, which derive a larger portion of their earnings from investment banking, are likely to report a drop in revenue given the slowdown in dealmaking activity.

Read the full calendar for next week here.

Quantum-resistant algorithms are critical to protecting your business