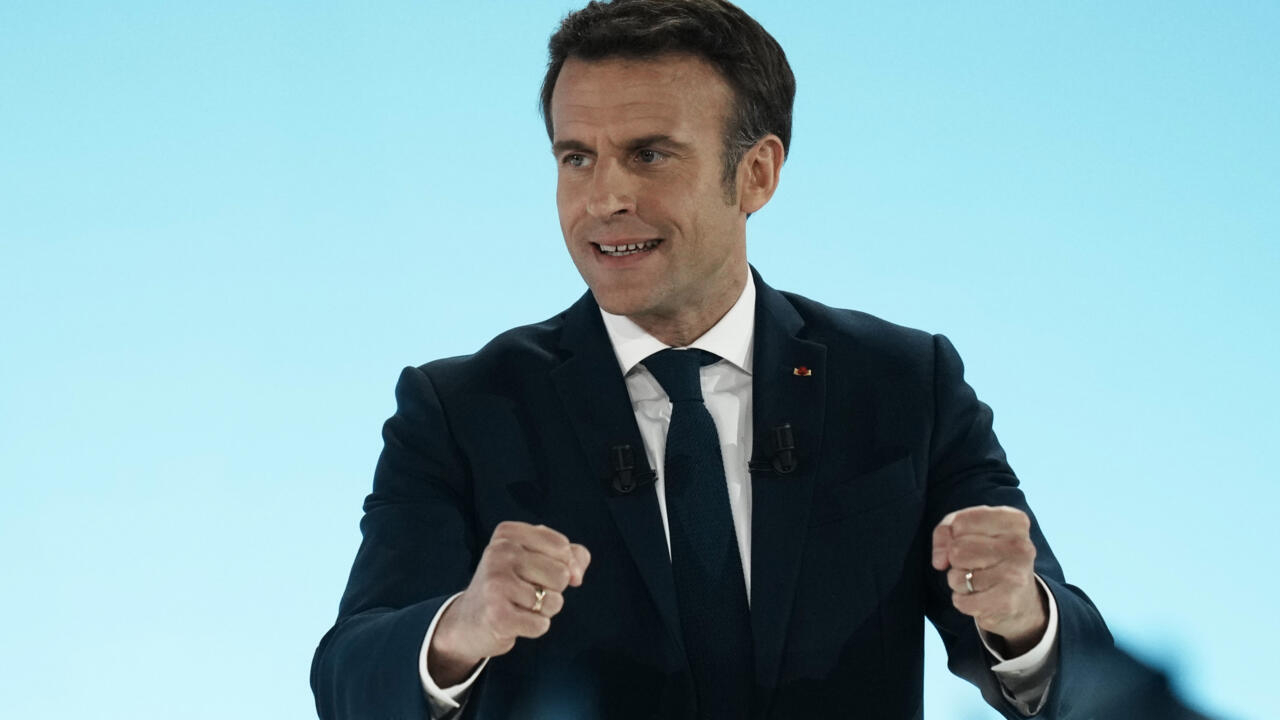 Macron warns of “real face of the extreme right” in TV interview.

Back in the election campaign, President Emmanuel Macron reiterated his position on a number of key issues including the environment and the cost of living in a television interview on Wednesday. He also warned against attempts to undermine the constitution.

Facing a tougher-than-expected re-election battle, French President Emmanuel Macron has kicked off the campaign with visits to eastern France and plenty of media time.

In an interview with 4 Vérités on TV France 2 on Wednesday morning, the president said he was happy to have the support of former President Nicolas Sarkozy along with that of former Prime Minister Lionel Jospin, while reassuring there were no “deals was made behind the scenes.

One of the issues he discussed was his position on the length of the presidential mandate, which has been reduced from seven years in 2002 to five years.

He said he would not propose changing it for the next term but believes a “seven-year term is good length for a president” and “good timing” in terms of organizing general elections.

When asked if he thought there should be proportional representation for the legislature, he said he was in favour.

“The divisions across the country mean that not only do I need to aim for a majority in Parliament, but I also need to find a way to bring together different political parties who don’t think like me on all issues but would be willing to work together on a range of reforms.” .”

He proposed setting up a commission with votes from across the political spectrum to come up with a proposal to “renovate” the constitution.

However, he lashed out at his rival, far-right candidate Marine Le Pen, calling her desire to “change the constitution without changing the rules” “crazy”.

“If you have a constitution, you must respect the rules”

“Despite our best efforts, the true colors of the extreme right are being revealed. It’s one that doesn’t respect liberty, the constitutional framework, the independence of the press, fundamental freedoms, those hard-won rights that are at the core of our values, like the abolition of the death penalty,” Macron said.

On Monday, Macron traveled to an economically troubled region in northern France that is considered Le Pen’s stronghold. The next day he visited the eastern cities of Mulhouse and Strasbourg, where far-left candidate Jean-Luc Mélenchon, who finished third on Sunday, won a majority of votes in the first round.

In his interview with France 2, he said he wanted to adjust pensions to inflation as early as July.

He also said he will “further cut income taxes” if re-elected and that he intends to “cut debt starting in 2026.”

However, he also said that “cutting the goods and services tax (TVA) from 5.5 percent to zero percent on prices that already had a reduced tax “would fool people because it doesn’t really lower prices “.

He explained it would be wiser to “accompany households that need it with food stamps”.

Macron said his pension fund reform is because he “wants to see social progress…”.

Macron has previously said he wants to raise the minimum retirement age from 62 to 65, which he says is necessary for France to continue funding pensions, but he appeared to tone down that view on Tuesday by stating that “65 is not dogma “.

However, he reiterated that his project is the “only thing that can free us from fossil fuel dependency, especially those from Russia or other countries where geopolitical risk may exist”.

But he said he wants to “step up” the pace on the energy front by renovating homes and leasing electric vehicles to low-income families, while also focusing on renewable energy and the nuclear development program.

“I believe in an ecology that grows, not one that is based on reduction,” he said, adding, “I’m not going to say this is the end of nuclear power [like Mélenchon]because it’s not good for our country”.

“We have to invest more in these topics across the board.”

When it finally came to invoking the Ukraine crisis, Emmanuel Macron expressed the desire to use the terms used “carefully” and warned of the danger of “verbal escalation”. This followed US President Joe Biden’s classification of Russia’s actions in Ukraine as “genocide”.

“Russia has unilaterally declared a brutal war. It has now been established that the Russian army committed war crimes and those responsible must now be brought to justice,” he concluded.

Macron is scheduled to be interviewed Wednesday at 8 p.m. local time on TV channel TF1.

Springfield Public Schools could fine educators who break their contracts