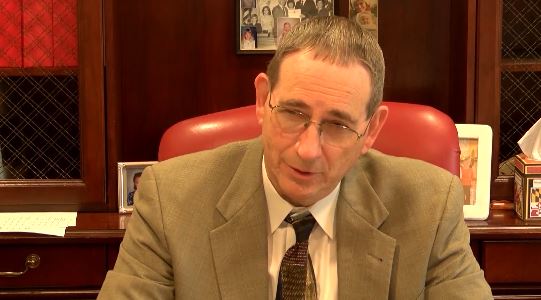 HAGERSTOWN, Md. (WDVM) – The next elections in Maryland are still a long way off, but the announced resignation of a senator from the westernmost counties this week has sparked quite a scramble in the election campaign.

Republican Senator George Edwards of Garrett, Allegany, and Washington counties concludes four decades in the Maryland General Assembly. That’s long enough, he said, and he has decided not to seek another term in office next year.

â€œYou know, he was a real statesman for the state of Maryland. One of the greatest qualities George brought with him was integrity and dedication to West Maryland. The people of Maryland valued his work ethic and the scope of his service to the state, â€Senator Paul Corderman (R – Washington County) said of Edwards.

â€œWestern Maryland owes Senator Edwards – and the entire state owes him – gratitude. He has earned the respect of lawmakers and people across the state on both sides of the aisle, â€DeWolf said.

Washington and Allegany Counties Republican delegate Mike McKay is expected to locate Edwards’ headquarters, possibly with a formal announcement this coming weekend. That has two Washington County commissioners – Terry Baker and Wayne Keefer – trying to get McKay’s seat on the legislature.

DeWolf sees great opportunities on the political front of the county government by putting forward candidates who will work to keep taxes low and fund emergency services.

â€œOnly one commissioner can make things dramatic, and now we’re looking at two. So, you know, “This is really a big deal for Washington County’s future,” DeWolf said.

Baker won election to the commission in 2006. Keefer was appointed in 2016. The primaries are not due until next summer, but the political hopefuls are quickly out of the starting blocks. The Republican area code is almost a year away – June 28, 2022.

A yield of 8pc would make it impossible to ignore Lloyds