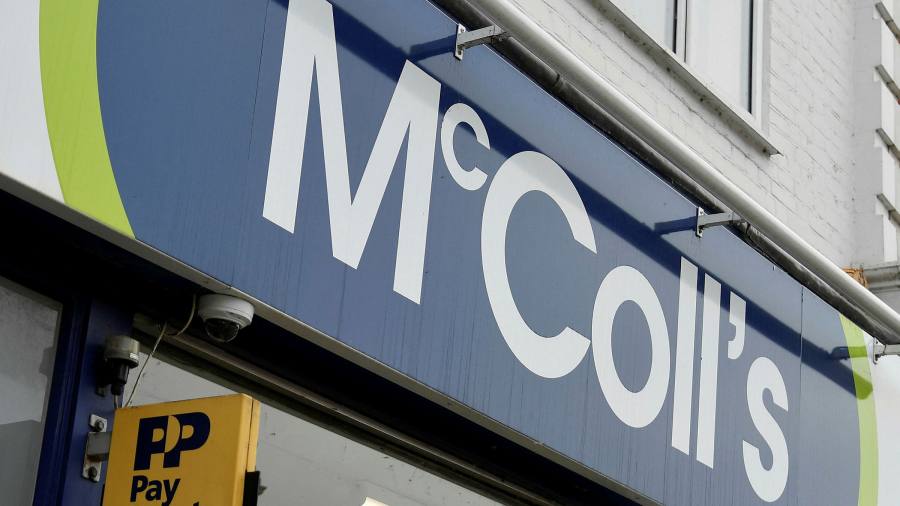 Wm Morrison has made a last-ditch bid for McColl’s, prompting petrol station operator EG Group to upgrade its bid to buy the ailing British supermarket chain out of administration.

Just hours before a court was expected to officially appoint an administrator, supermarket operator Morrisons put forward an improved offer to convince McColl’s lenders, who had rejected his earlier proposal.

For its part, EG, whose owners also control grocery chain Asda, has offered to fund McColl’s pension scheme. The move seeks to allay fears that controversial bankruptcy proceedings would be used to break promises made to 2,000 members of the pension plan.

Sunday’s bids marked the final hours of a two-way battle over McColl’s, with people close to the process expecting Morrisons and EG to make the best and final bids before a decision is made on Monday.

McColl’s operates more than 1,200 convenience stores, including more than 200 outlets operating under the Morrisons Daily brand. Each sale could protect some of the 16,000 jobs that would be at risk if the company collapsed. The convenience store group is about £145m in debt.

Ministers are closely monitoring developments, with senior Conservative Party officials saying the priority is protecting jobs and livelihoods. However, a government official said the choice between “overleveraged EG and US private equity” is not particularly attractive. Morrisons is owned by US buyout group Clayton, Dubilier & Rice.

In its latest proposal, Bradford-based Morrisons still aims to keep McColl’s out of administration. But significantly, it offered to immediately repay McColl’s lenders in full rather than roll the debt into the merged group — in line with an element of EG’s offer that was viewed as critical on Friday.

McColl’s troubles present Blackburn-based EG Group with a rare opportunity to expand its UK grocery store network. But McColl’s existing commercial ties to Morrisons make it advantageous for EG to buy the group out of administration.

After McColl’s rejected Morrisons’ offer on Friday due to objections from its lenders, EG was pushing for a quick settlement, according to a person familiar with the matter.

But waiting for a court to appoint McColl’s trustee gave Morrison time to come up with a counteroffer.

With both bidders effectively offering similar financial terms to McColl’s lenders, the broader plans for the group and its pension system could play a crucial factor in deciding which offer wins.

Morrisons said Friday the decision to put McColl’s into administration was a “disappointing, damaging and unnecessary outcome” for “thousands of hard-working people and retirees.”

Before Sunday, EG had not made clear how it would approach McColl’s pension fund, whose trustees on Friday demanded commitments to honor existing pension commitments.

They said the “breaking of the link” between two of McColl’s sponsored pension plans by a “ready-made” administration would constitute a “material breach” of pension promises made to employees who had served the company faithfully for many years.

“Pre-pack” arrangements can be controversial because they allow pension fund liabilities to be transferred to the Pension Insurance Fund, the industry’s lifeboat. While members generally face pension cuts, the company will continue under new ownership.

The PPF said Sunday it was “inappropriate for us to comment on the situation at McColl’s.”

“However, in any potential prepack situation, we always work closely with the pension regulator and the company administrator to ensure the best outcome for scheme members, the PPF and our levypayers,” the fund said.