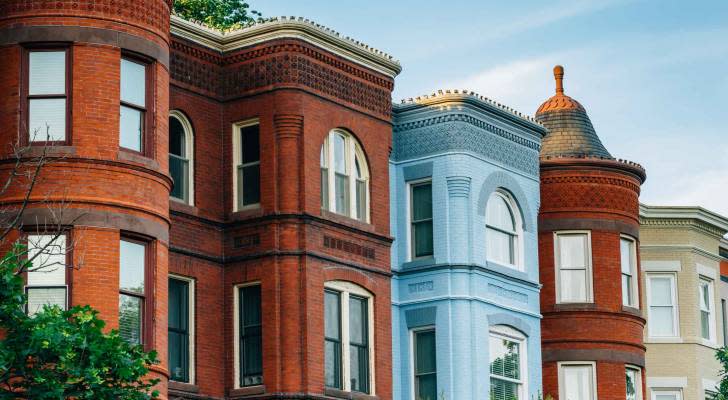 Mortgage rates are falling, opening the door to refinancing savings a little wider

With projections that mortgage rates will rise before the end of the year, the opportunity for homeowners to save money by refinancing their home loans may soon pass.

However, borrowers have been given more time to act. After practically freezing for weeks in the wake of pandemic economic uncertainty, interest rates on some of America’s most popular mortgage products have fallen again, according to a closely watched survey.

That means another period of historically low mortgage rates. But how long it will take – a couple of days, a couple of weeks – is impossible to know.

Although the change was minimal, it’s still more activity than the rates have seen in a while.

“It’s Groundhog Day for mortgage rates as they have been practically unchanged for over two months,” said Sam Khater, Freddie Mac’s chief economist. “The hold pattern in interest rates reflects the market’s view that the outlook for the economy has deteriorated somewhat due to the recovery of new COVID cases.”

But today’s challenges are just not in the same league as the total panic that crippled much of the US economy last year. And the positive economic news affects mortgage rates more than the bad.

Keep this in mind: The government’s latest job report was particularly disappointing, as it showed that August created far fewer than 235,000 jobs.

But since the report was released on September 3, the 30-year fixed rate has barely moved. In contrast, the far brighter July jobs report resulted in an almost immediate spike in mortgage rates.

It doesn’t take an overwhelming amount of positivity to move rates up.

The 15 year slump is particularly gratifying for homeowners considering refinancing. Due to the shorter term, you will pay less interest during the term of your loan and own your home sooner than with a term of 30 years.

A shorter loan period means higher monthly payments, so 15 year mortgages are not for everyone. But the potential savings make the loans worth considering.

It’s important to remember that Freddie Mac’s numbers are just an average, which means there are lenders out there offering even lower rates than Freddie reported.

The average rate for a 5/1 ARM increased from 2.42% to 2.51%. Although ARM rates have increased, at this point they are still much lower than they were last year when they averaged 2.96%.

ARMs are interesting products. Your interest rate is fixed for the first phase of the loan, but is adjusted up or down regularly thereafter.

For example, a 5/1 ARM starts with a five-year fixed income period. After that, your lender adjusts your interest rate every year.

Prices are expected to rise

Nobody knows exactly when it will come, but the end of low mortgage rates and refi bonanza for millions of homeowners is coming.

The latest rate forecast by Freddie Mac sees the 30-year fixed rate this year averaging 3.1%, which means a steady increase over the next three months. The Mortgage Bankers Association industry group predicts that the 30-year maturity will reach 3.3% in the fourth quarter of this year – and 4% in the summer of 2022.

Much of what happens to interest rates depends on future action by the Federal Reserve.

The Fed has helped keep mortgage rates low in two ways: by keeping its benchmark interest rate, known as the federal funds rate, near zero; and by buying billions of dollars’ worth of bonds and mortgage-backed securities.

The federal funds rate is unlikely to move until the economy is COVID-free, but the Fed could begin rolling back its purchase program before the end of the year.

“This will increase mortgage rates by half an eighth or five-eighth point,” predicts Burr.

How to get an extremely low interest rate from a lender

To make sure that you are refinancing your mortgage at the lowest interest rate that you can get, you need to shop around. Lenders can offer very different rates. So take a moment to compare rates from at least five lenders and see who is offering the best rate for your budget.

In order to convince a lender to offer you a low interest rate, a solid credit history is required. Take a quick, free look at your credit history and see if you would benefit from a small loan repairs before applying for your loan

Once you have refinanced your mortgage, you can use the savings to top up your overall finances by either paying off debts or investing through an app that helps you build your portfolio with just “change”.

If you are not interested in refinancing or are not comfortable with it, you can still cut the cost of owning a home. When it is time to renew your home insurance, get quotes from multiple insurers to make sure you don’t overpay.

This article is for information only and is not intended as advice. It is provided without any guarantee.

While the potential is high, reverse mortgage penetration in Australia remains low