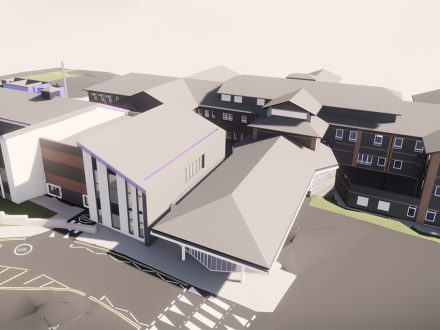 A Â£ 30 billion framework for performing work for the NHS and other public institutions in England has been opened for tender.

The four and a half year framework, known as Procure 23 and administered by the Crown Commercial Service, is the fourth edition of the multi-billion pound framework and is split into five lots. Lots one, two and three, valued at Â£ 3 billion each, will cover design and construction contracts for the NHS. The other two lots include work for various government departments.

The first lot is for contracts valued at more than Â£ 20m and will be divided into seven sub-lots based on the location in England where the contract is concluded. Lot two is for contracts between Â£ 20m and Â£ 70m and will be split between eight contractors, while the third lot, also for eight contractors, will cover contracts worth over Â£ 70m. Neither lot 2 nor lot 3 will be divided into sub lots.

Lot four, valued at Â£ 1 billion, is earmarked for airfield work for the Department of Defense (MoD) and covers the whole of the UK. Six contractors can expect a place on the MoD lot of the framework. Work on the fifth lot could include jobs for any government agency or public entity and be worth up to Â£ 20 billion, with contractors providing jobs worth more than Â£ 80 million. Up to 20 companies will be named for Lot 5, which could include work on airports, roads, buildings, water projects and railways.

Interested contractors have until November 8th to order report your interest.

Procurement 22, which expires this month, has been extended for a year to help Nightingale hospitals develop to fight last year’s coronavirus pandemic. Under the Â£ 4 billion framework, Kier and Bam Nuttall both signed contracts to develop temporary hospitals in Bristol and North Yorkshire, respectively.

In February, Bam Construct was selected to deliver a Â£ 30million extension to the Royal Cornwall Hospital in Truro (pictured) under the Procure 22 agreement.