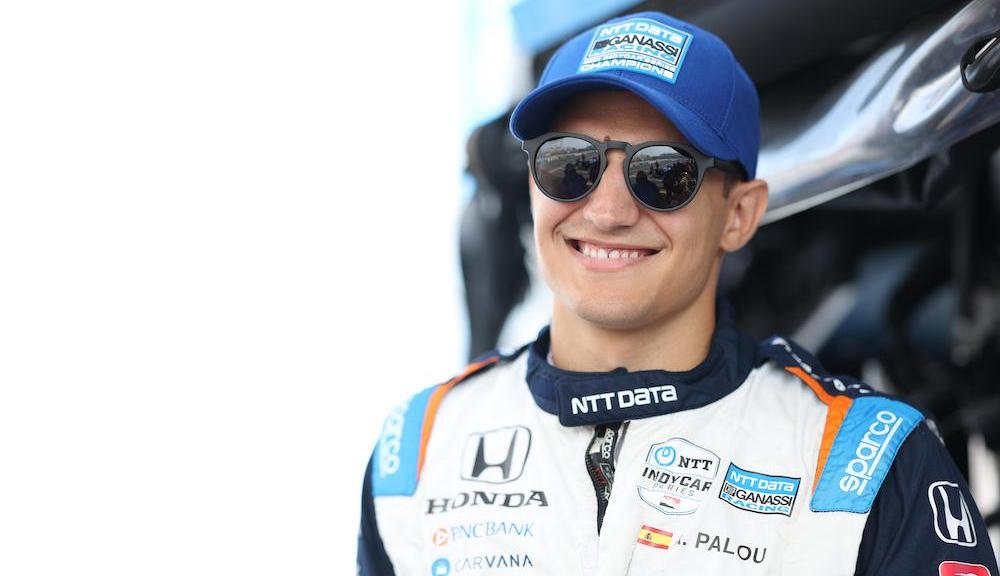 Palou working to maintain focus amid contract drama: ‘It was a distraction for sure’

Take a look at the results as the relationship between Alex Palou and his Chip Ganassi Racing team took a dramatic turn leading up to the June 17 race in Toronto and it would be hard to identify an event where the contract dispute and the subsequent lawsuit with CGR have become a distraction for the reigning NTT IndyCar Series champion.

A maturity that belies the Spaniard’s age of 25 and a particular brand of mental toughness have helped Palou navigate the chaos he created for himself by signing with both CGR and McLaren Racing for 2023 .

After two months of off-track theatrics and the ongoing legal battle currently being mediated between the two sides, Palou has shown he is nearly unwavering when it comes time to focus on driving. We got our first glimpse of his stubbornness last year at World Wide Technology Raceway when he retired from the race and lost the championship lead; On the next lap he responded with pole position, victory and the lead in the drivers’ championship, which he never relinquished.

However, according to Palou, the need and ability to manage drama outside of racing is a new area of ​​growth.

“Last year was a different story,” he told RACER as he entered Saturday’s race at World Wide Technology Raceway fifth in the championship. “We had a great run. And yes, we’ve had some ups and downs, like with . But I was really sure that we could fight for the title until the last lap. So there was nothing we could have done differently; so i was super mad. I mean, everyone gets mad when things don’t go their way, but there was nothing to be gained by being mad at someone else.

“So yes, this year is obviously different. We’re still up in the championship, which is good. But obviously all the drama around me wasn’t ideal. I was just talking to myself and I was like, ‘Hey man, I’m really lucky to have the opportunity to drive in IndyCar. Not just driving IndyCar, being part of the championship, but also driving for one of the best teams.’

“So I said, ‘Hey, let’s just drive.’ That’s the easy part. And all the rest will take care of itself over time. It sure was a little distraction. It wasn’t the best. But to be honest I think we’ve just been able to focus on the race and that’s been good so far. It wasn’t amazing, the results we got, but we kept our championship hopes alive. That’s a good place.”

Palou has made great strides as a professional athlete by dividing his life on and off the track. To put into perspective the odd scenario of riding for a team and being sued by that team at the same time, he has presented himself as unemployed. It’s an interesting parallel considering that if he is granted an exemption from CGR but is banned for a period of six to 12 months or more, this is one of the possibilities that could arise from mediation to ride for another team.

“I think I’m lucky that my problems aren’t as big as some other people’s problems,” Palou said. “So yes, there’s a lot of drama and a lot of noise, but it’s not super-bad. It could be a lot worse; I’m super lucky that I have my whole family around me, they support me, I have my wife, so the big stuff, it’s all good. And then I just put myself in the worst possible situation that could possibly be — I’m sitting and watching IndyCars from home and I see someone with a chance of winning the championship and I get distracted by what he’s next year or in the future.

“So if I was at home and there was another guy looking at my situation, I would say, ‘Come on man, just drive, win races.’ Like I said, we’re all going to be fine eventually. I don’t know if it will be two days, two hours or two months, but it will be. And hopefully everyone will be as happy as possible. I’m just driving man. Just steering, braking and accelerating is easy.”

With placement continuing this week, it’s time for Palou to get his full focus back on racing as practice begins on Friday at the WWTR. He knows that a strong performance will increase his chances of capturing the IndyCar crown, and if the race goes sideways, his chances of winning back-to-back titles become imposingly high. It’s the final two races of the season, two street courses in Oregon and California, where he’s hoping for a year-end rally.

“At this point we’re only 33 points behind so I don’t think we’re far and I don’t think we need to go crazy. But we have to win,” he said of a winning streak that lasted until last September. “Maybe not the best opportunity for us to be honest. I’ve never made a podium on an oval outside of the Indy 500. But then Portland, where we won last year and finished second at Laguna.

“That’s why I can hardly wait for the last two races. I’m going to Gateway to get my best oval finish this year, hopefully a podium to keep the championship alive and have a chance. But we have to win. It’s not like we can play it safe and just say, ‘Hey, let’s just finish the race.’ We have to push.”

More mental toughness will be needed as attorneys for both parties try to find a solution that will appease Palou and CGR as they continue their meetings outside of a courtroom. There is a mastery to try in the coming weeks and a chance to know where future chapters of his life and career will be written. Getting the best out of yourself requires more compartmentalization.

“I’m thinking about it, to be honest, because we’re working on it,” he said. “You’ve obviously made progress. So it’s not like I’m not thinking about it and just waiting until the last race of the year. But at the same time we are so close. And it’s so important to end this year strong that I don’t really think too much because it’s not in my hands now.

“It’s not like I can push a button and just know exactly what we’re going to do next year. So yeah, I really don’t think too much than I should and I’m ready for the future.”