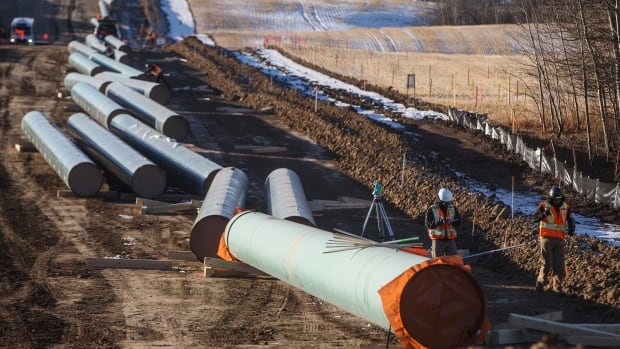 A group representing private electricity consumers wants a seat in any discussion of alleged illegal behavior by one of Alberta’s major electricity suppliers and is calling on the regulator to release all information about ATCO’s actions.

Jim Wachowich, attorney for the Consumers’ Coalition of Alberta, said ATCO was trying to “divert attention” by keeping the matter out of the public eye.

“This is a turning point,” said Wachowich.

ATCO said it has already disclosed a lot of information and is working with the commission to resolve the matter.

An overpayment of $ 12 million

In November, the Alberta Utilities Commission’s Enforcement Department requested a hearing on its findings that ATCO Electric had deliberately overpaid a British Columbia First Nation millions to work on a new transmission line.

This was allegedly to secure lucrative contracts for another ATCO company to provide construction storage for the Trans Mountain Expansion oil pipeline project.

Investigators said the company then allegedly tried to pass the $ 12 million overpayment on to Alberta consumers in violation of the law. They alleged that management was aware of the questionable agreement and tried to cover their tracks.

In filings filed with the Commission, the Enforcement Department alleges that the ATCO [its] fundamental duty of honesty and sincerity … the duty on which the entire regulatory system is based. “

ATCO has admitted it made mistakes, saying the overpriced contract was signed to help the First Nation build capacity in a new area of ​​business.

In an October 29 letter to the Commission’s Enforcement Department, the company’s President Melanie Bayley said there was a $ 16 million offer for a settlement.

The letter and other documents recently received by The Canadian Press indicate that investigators and ATCO representatives have agreed to meet before the commission holds formal hearings starting this week.

“Both parties would like the opportunity to hold talks to determine whether and to what extent a solution to the case is possible,” said a letter from a lawyer from the Enforcement Department to the Commission.

Any proposed settlement would have to be approved by the Commission.

However, Wachowich argues that the public must be represented in all conversations involving a regulated utility company.

The biggest document is the one we don’t have.-Jim Wachowich

“Granting us would mean taking the broader public interest into account – we’re not just looking at one side of the equation,” he said.

His group also demands that all information collected by the enforcement department and the ATCO be made public. This also includes the results of an internal company investigation.

“The biggest document is the one we don’t have,” he said.

Bayley said in an email that it was normal for the Commission’s enforcement department to work on a settlement with a company.

“It’s typical for administrative criminal cases to be handled by a utility company and the [commission] with no involvement of customers or interveners as only the supplier is affected, “wrote Bayley.

Bayley said a number of ATCO documents are already public. She said the company plans to publish the internal investigation at some point, with commercial and personal details being blacked out.

“Again, this is normal in regulatory hearings and is granted by the Commission all the time,” she wrote.

However, ATCO has also argued that some information that has already been released should be removed from the records.

“AUC enforcement has disclosed certain business agreements between unregulated companies that are outside the AUC’s jurisdiction, without their permission and in contravention of the express confidentiality provisions of those agreements,” a letter from the company’s lawyers said.

In another letter to the commission, ATCO Chair Nancy Southern said the overpriced contract was drawn up out of a “deeply rooted and important” respect for indigenous communities.

“This had an important impact on the decisions that were made,” she wrote.

Documents filed by the law enforcement department claimed the First Nation took the ATCO’s check and outsourced the work to another company at a lower price. The same documents that ATCO executives claimed knew was likely to happen.

“At this point, you’re not trying to build capacity, you’re trying to please yourself,” said Wachowich.

“You violated a very important standard.”

Utilities Commission spokesman Geoff Scotton said there were no prescribed deadlines for resolving the problem.

Investigators have asked the Commission to force ATCO to reimburse the money it received from tariff increases due to the overpriced contract and to impose administrative penalties. These penalties can be up to $ 1 million per day per offense.