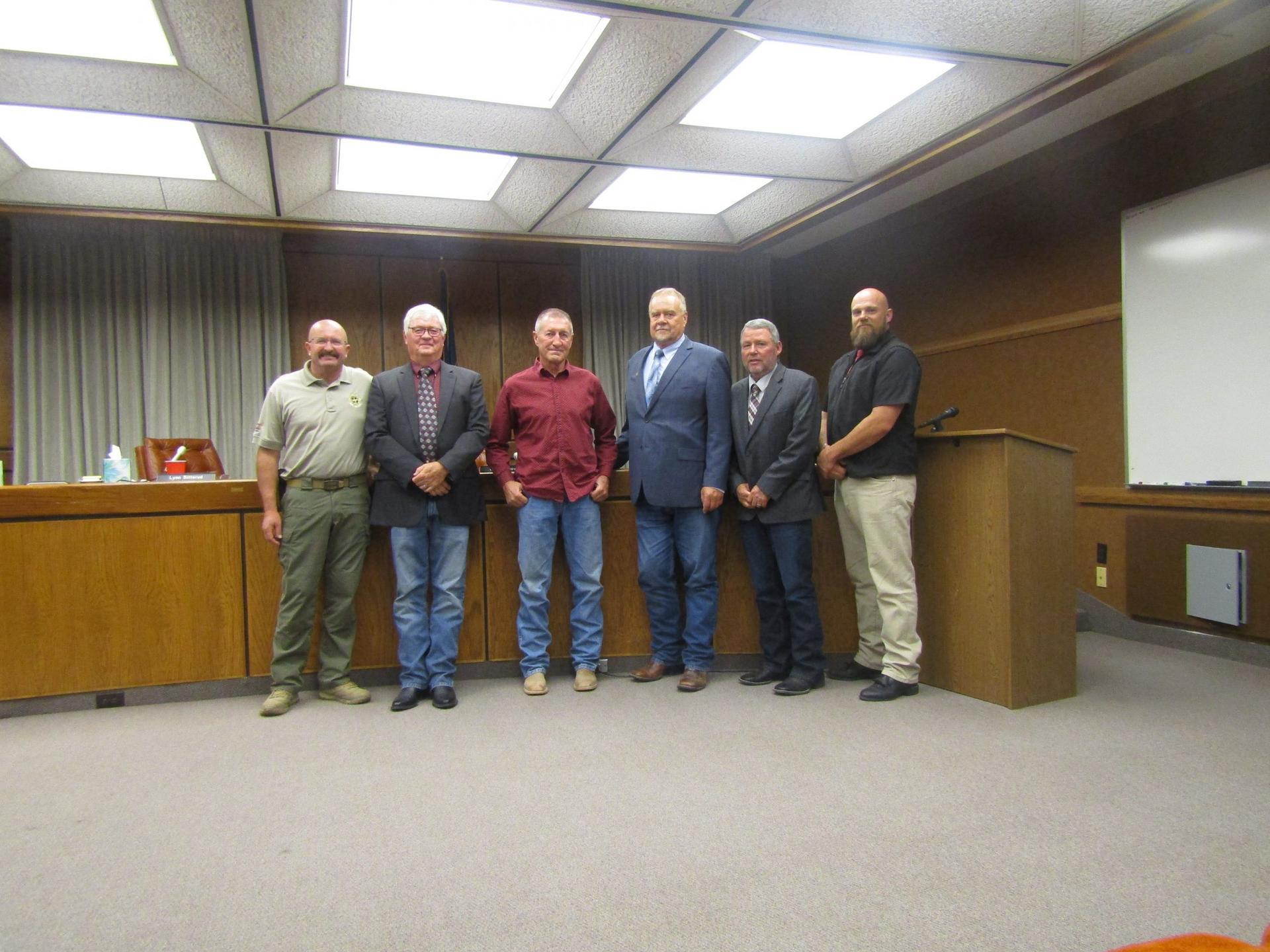 Captain Kyle Ekker retired from the Emery County Sheriff’s Office (ECSO) on September 15 of this year after serving the citizens of Emery County for over 36 years. He was honored by the Emery County Commissioners at the opening of their Oct. 4 meeting. Maegan Crosland, Commission Secretary, read the following tribute to Captain Ekker:

“At the time of his retirement, he was serving as captain, prison commander, and emergency manager for Emery County, along with a list of other assignments and duties, including range master. Captain has always strived to strengthen the skills of our law enforcement personnel to better protect themselves and our communities. He was also the driving force behind the Emery County Task Force and devoted years to the Rope Rescue Team, the HazMat Team, and the Sheriff’s Emergency Response Team. As an emergency manager, he has worked to protect the watershed from wildfires of 2012 and 2018 and received millions of dollars in state and federal funding to help protect our watershed.”

Ekker was also recognized by the Utah Department of Justice for his contribution to Emery County and the state of Utah.

A second public hearing was then opened to hear further comments on the rezoning of land in and around the research center. As there were no public comments, the hearing was closed and the industrial park was approved. An amendment to the agreement between Emery County and the Utah State Courts Clerk’s Office was approved that allows courts to use the third courtroom at the Emery County Courthouse.

Mary Huntington was named the county’s official representative at the annual UCIP membership meeting in St. George. Commissioner Lynn Sitterud will be deputy representative. Acceptance of a $128,000 award from the State of Utah Division of Emergency Management was also approved. These funds will be used for HazMat, Code Red, satellite phones, cyber security, mobile command posts and other services in the sheriff’s department. This is a Region Six award for 2022.

Green River Mayor Ren Hatt and Commissioner Sitterud have been appointed to the Courts Administrative Bureau’s Nominating Committee to assist in the selection process for Justices of the Judiciary.