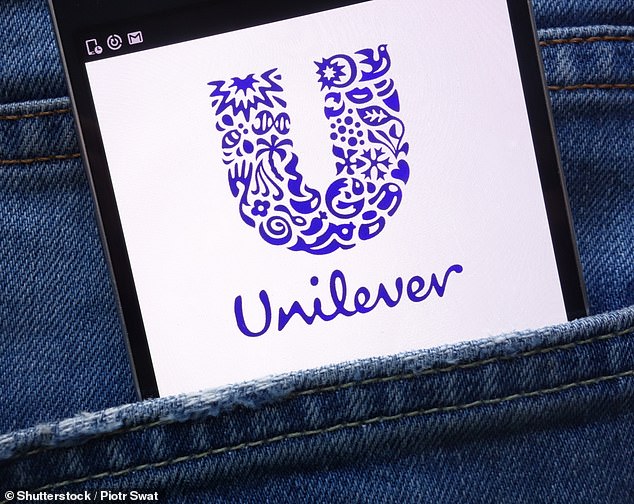 RUTH SUNDERLAND: Unilever’s bid for GSK’s consumer division doesn’t look compelling, but at least it drew attention away from the company’s work

By Ruth Sunderland for the Daily Mail

It turns out Unilever CEO Alan Jope had more in mind than politically correct bouillon cubes.

Namely one of the biggest deals ever contemplated on the London Stock Exchange: a £50 billion bid for pharmaceutical giant GSK’s consumer health division.

Shareholders – including Terry Smith, who slammed Unilever for its aroused obsessions last week – have put pressure on Jope to perform better.

Pocket money: While £50bn is a lot, Unilever’s offer still looks like a lowball offer for the GSK deal

Few would have expected anything remotely as bold a move from Jope, who has been a stunning manager of the £100billion deal since 2019, according to investor Elliot.

It is in the process of spinning off the private customer business, almost a third of which is owned by Pfizer, and going public as an independent stock exchange company.

The idea is that once GSK gets rid of its Polident toothbrushes, tums and chapsticks, it can focus its energies solely on cutting-edge pharmaceuticals. Unilever’s logic is that with its expertise in marketing and branding, it can get better returns on GSK’s healthcare products.

Great thought: and probably why GSK hired Sir Dave Lewis, who spent much of his career at Unilever before turning fortunes at Tesco, as chairman of the consumer business.

What’s in it for GSK shareholders? In theory, a quick exit with a bunch of cash. But it is not that easy. Walmsley is right in dismissing Joe’s advances. While £50bn is a lot of money, it still looks like a lowball bid for the GSK business, which is valued in the market at around £45bn with sales of £9.6bn last year and the prospect of organic sales growth of 4-6 percent.

However, it is unclear whether Unilever, which has made three attempts, can afford to pay much more. In fact, it looks like quite a distance.

Jope doesn’t have enough cash for a cash offer, so around £8bn would be in dreary old Unilever shares. He would also need to make £10billion in divestitures.

Both of those numbers would go up if supply increased.

Then there is execution risk. Gaining city support for a deal like this takes a lot of trust in the top team. It’s not clear if Jope can command that level of confidence.

Terry Smith declined to comment yesterday, but this is a deal that could have Unilever shareholders reaching for the panadol. For GSK investors, a sale may result in a quicker and safer return than the proposed float. In fact, the Elliott agitators have urged Walmsley to consider a sell-off as an alternative to listing.

Under their plan, GSK’s pharmaceutical business would retain 20 percent of its stake in the consumer division and divest it in stages. In the meantime, there’s hope that GSK shareholders will benefit from the growth of consumer health brands.

So shareholders have to decide whether they prefer that to taking cash and Unilever stock.

Walmsley plans to shift some of the debt to its consumer health business, which will pay the pharma side an £8billion dividend at the float.

In contrast, shareholders could demand a return of capital from the proceeds of a sale, giving GSK less time to invest in the drugs of the future.

Unilever’s offering doesn’t look compelling, although the publicity will no doubt wash out competitors with deeper pockets.

Last but not least, it diverted attention from the company’s work.

Some links in this article may be affiliate links. If you click on this, we may earn a small commission. This helps us fund This Is Money and keep it free to use. We do not write articles to promote products. We do not allow a business relationship to compromise our editorial independence.