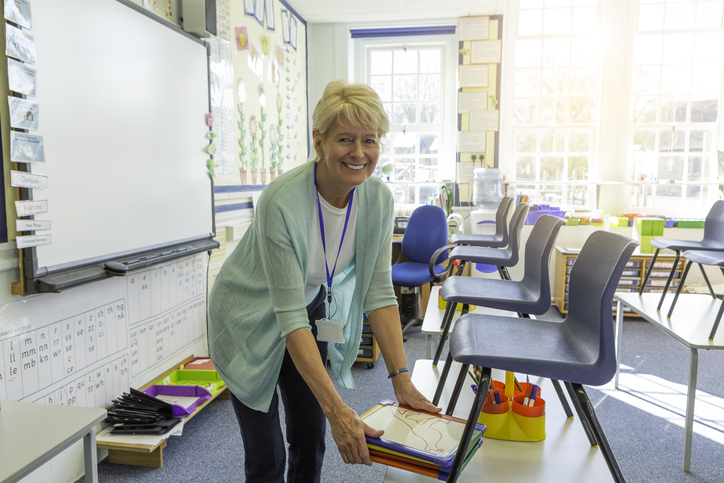 A group representing retired educators statewide is suing over a move it says will drastically reduce contributions to the Teacher Health Insurance Security Fund.

The Illinois Retired Teachers Association filed the lawsuit Monday in Sangamon County Court. It is alleged that a decision by the Department of Central Management Services to reduce active employee and state pension fund contribution rates from 1.3% to 0.9% in the coming fiscal year will result in a nearly $46 million reduction in funding -dollar will lead. The ministry has also lowered the percentage paid by employers from 0.9% to 0.67%, which the legal claim will result in another millions of dollars in losses.


As the state doubles contributions, that would save taxpayers about $100 million starting July 1. But the step threatens that the fund will become insolvent, according to the association.

“This is a catastrophic blow to retired public school officials and soon-to-be retired public school educators,” said Bill Funkhouser, president of the Illinois Retired Teachers Association. “Retirees have planned medical procedures and long-term medical decisions that are planned. They need their healthcare as originally promised.”

The lawsuit aims to force the state to pay a “sufficient amount” to the fund.