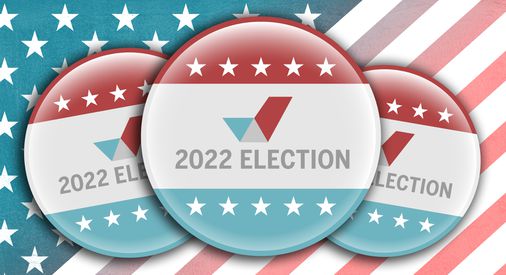 The proposed amendment to the state constitution would add an additional 4 percent tax on every dollar of taxable income earned over $1 million. That threshold would be adjusted annually using the same methodology used for federal income tax brackets, according to the Secretary of State’s website, to reflect increases in the cost of living.

The change would mean people earning more than $1 million would be included in a year would pay the current 5 percent tax on the first million dollars and then 9 percent on all earnings above that. It would apply to tax years beginning on January 1, 2023.

Salaries, some pension fund withdrawals and gains from real estate sales are all now treated as income and would remain so if Question 1 were passed. In 2019, only about 21,000 Massachusetts taxpayers, or less than 1 percent of all households, had incomes greater than $1 million, according to a report by Tufts University’s Center for State Policy Analysis.

The state says the change “could increase annual state revenues by $1.2 billion in the short term, about 2.4 percent of the current annual state budget.” However, she also warns that “the annual revenue generated by the surcharge will vary significantly and unpredictably from year to year”. It would be up to the legislature to decide how the money should be used, although the constitutional amendment earmarks the revenue for public education, public colleges and universities, and the repair and maintenance of roads, bridges, and public transportation.

A yes vote would approve the surtax so that all taxable income over $1 million would be taxed at a rate of 9 percent.

A no would leave the Constitution unchanged and continue to tax income over $1 million at the same rate of 5 percent.

Who supports each site?

Among those in favor of a yes vote are teachers’ unions and other workers’ groups. Meanwhile, opposition to the measure has attracted funding from prominent names in the Massachusetts business community, including Robert Kraft’s Rand-Whitney Containerboard, John Fish’s Suffolk Construction and New Balance chairman Jim Davis.

What are the proponents saying?

Proponents of this election measure say only the very rich would pay more taxes. The Fair Share for Massachusetts campaign says current tax rules allow very wealthy earners to contribute a smaller portion of their income taxes (including income, wealth, and sales taxes) than people earning much less.

They say that “almost no one who sells a home will be affected in any way,” and that people can use tax deductions to further reduce their taxable income.

As part of the arguments put forward to the state in favor of the change, Cynthia Roy of Fair Share Massachusetts writes that the extra money is constitutionally guaranteed to go to transportation and public education, which she says would mean better schools and roads, among other things .

What are the opponents saying?

Opponents say the surcharge would hurt “one-time millionaires” – people who find financial fortune after selling their home or business. These are funds they may be able to count on for retirement.

“Record inflation, supply chain difficulties and ongoing COVID-19 woes make now the worst possible time for massive tax hikes — especially when Massachusetts already has a huge budget surplus!” writes Paul D’Amore for the Coalition To Stop The Tax Hike Amendment in arguments supporting the be submitted to the state.

Opponents of Question 1 also argue that the amendment would give lawmakers a blank check with no guarantees that the money will be used for education and transportation, as the revenue is “subject to appropriation by state legislation,” according to Electoral Language.

They also argue that the change would encourage job-creating entrepreneurs and businesses to relocate to other states.

Answers to your millionaire tax questions

Voters have repeatedly said no to tax increases for the highest earners. It could be different this time.

Early voting in Massachusetts: What you need to know